1. ‘Realm Royale’ is Now Available on Steam for Free

Realm Royale is Hi Rez Studios’ take on the battle royale genre and is available now for free on Steam. The game is based on the MOBA game Paladins which creates a unique battle royale play experience, combining typical battle royale themes with MOBA features. Players choose a class at the start of each game and loot for weapons, abilities, and armor. The items you find that you don’t need can be broken down into shards, which you use at forges spread across the map to craft legendary loot for your specific class. 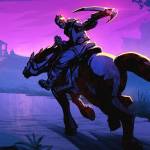 2. Overwatch Adding Looking for Group Feature   Blizzard has a big patch coming soon with some exciting updates to the game, including a looking for group feature. The new feature will let players create parties and seek out players that fit their desired traits, whether that is the ability to use voice chat or play a specific role. The update also introduces an ‘endorsement’ system that allows players to recognize good teammates. Highly endorsement teammates will receive periodic rewards, although we don’t know what those rewards are yet. 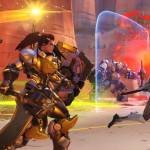 Overwatch is getting a 'looking for group' feature and tools to reward good behavior Players can endorse teammates for sportsmanship, shotcalling, and teamwork. www.pcgamer.com

3. New Tetris Game Announced for Playstation 4 and Playstation VR   Tetris Effect, set to release this fall, is a trippy new take on the historic franchise. The game is named for the real-life effect in which players visualize Tetris blocks and lines even after they’ve stopped playing. While Tetris Effect will include fan-favorite modes such as Marathon and Sprint, it will also include a new modes and features. The first new feature revealed is called The Zone, which will let players temporarily pause time to either clean things up or get a few more lines cleared. 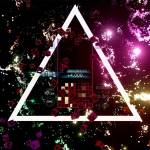 Tetris Effect Announced, a New Game from the Creator of Rez - IGN The creator of Rez and Lumines has a new take on the old block-based puzzler. www.ign.com

4. Ubisoft Announces Rainbow Six Pro League Skins   Skins for 11 Pro League teams will launch on June 11th alongside Season 8, with a revenue sharing model in place so fans can support their favorite teams. Teams will receive 30% of the sales revenue from their branded skins with the remaining revenue going into the Rainbow Six Invitational 2019 prize pool. Ubisoft is not the first company to adopt a model like this; Valve and Riot Games have both used similar models for their games in the past. 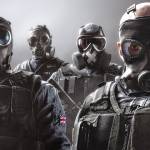 5. Job Listing Suggests a New Diablo Game is Coming Soon   Although there hasn’t been an official announcement, a job listing for a dungeon artist at Blizzard has many people believing there is a new Diablo game in the works. We don’t know yet if this will be Diablo 4, a rework of an older Diablo, or something else entirely but hopes are high for Diablo fans. Blizzard specifically said they’re looking for people who are “passionate about working on the dark gothic world of Diablo,” so expect to get more of that wonderful Diablo flavor sooner rather than later. 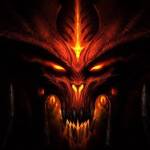 New Diablo Game in the Works, According to Blizzard Job Listing - IGN A new Diablo game is in the works as a new job listing for a dungeon artist at Blizzard confirms it. www.ign.com 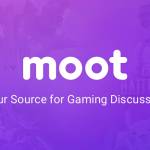 Looking for More Moderators! Hello everyone! Moot is constantly growing and we must grow with it, which means we are once again looking for more Moderators! We are looking to add Moderators across all of Moot's lounges, but we are focusing on adding more Rainbow 6 Siege and Fortnite Mods. If you have any interest please do not hesitate to fill out an application below! We look forward to reading your responses. moot.us