1. Moot Points Episode 47: Borderlands 3 Officially Announced!   Happy Friday Mooties! Yesterday we got the incredibly exciting news that Borderlands 3 is coming. Check out this week's episode of Moot Points with Dylan & Brian to see what we know about the game so far! There's also some other sweet stuff in the episode, including a way for YOU to earn some Moot Coins. Check it out!

2. Elder Scrolls Online Expansion Introducing Dragons   The next Elder Scrolls Online expansion will bring players to the Elsweyr region, where they will get to battle dragons for the first time. The expansion’s prequel quest will start soon, which will lead players directly to the main events in Elsweyr. The new expansion will release on May 20th on PC and June 4th on consoles. 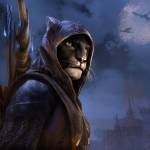 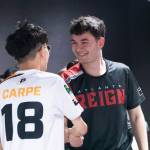 4. Riot Games Cancels Rift Rivals in Smaller Regions   Rift Rivals is a series of exhibition League of Legends matches that pits the best teams from different regions against one another. North America versus Europe and China versus South Korea versus Taiwan have been exciting rivalries that draw audiences. The Rift Rivals tournaments that feature less popular regions like Southeast Asia, Japan, Oceania, and Latin America have been cancelled this year. Apparently, they didn’t draw enough of an audience to justify the production costs. 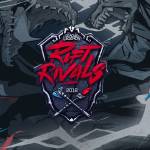 5. Valve Pledges to Fix Artifact   Artifact is Valve’s digital card game that came out late last year and then immediately and tremendously flopped. Valve posted on the game’s official site today to acknowledge the game’s shortcomings and pledge to fix them. Instead of shipping updates with new cards and the like, the Artifact team instead is going to reevaluate the core aspects of the game including game design, the economy, and the social experience of playing. They expect these fixes may take a while to implement, so if you’re hoping for a ‘fixed’ Artifact we wouldn’t recommend holding your breath. 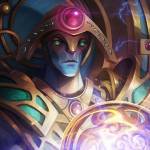