We’re not sure if PUBG’s new event mode is utterly unplayable or the best idea ever, but we’re certainly excited to try it. The new PUBG mode removes all guns and vehicles from play and leaves players with ghillie suits, crossbows, and a dream. You can also still use grenades, heals, and attachments but not much else. There won’t be red zones or air drops either. The game mode starts today and lasts until Sunday night.

PUBG’s new event mode is all about ghillie suits and crossbows Get ready for a whole lot of sneaking www.polygon.com

2. More Trademarks Hint at Mini N64 Console   Yesterday Nintendo filed even more trademarks that have fans excited for the possibility of a new Nintendo 64 console. The trademark discovered yesterday “is listed to cover purposes including video game program, controller, joystick, and download-capable electronic game program.” This covers basically everything Nintendo would need for a new console, although Nintendo may just be renewing trademarks to protect their property. 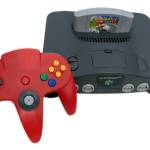 3. H1Z1 Gets 1.5 Million Players on PS4 Open Beta   After only a few days on console H1Z1 has drawn in 1.5 million players. H1Z1 went free to play back in march and came to PS4 on Tuesday. Although H1Z1 used to be incredibly popular, it lost a lot of players when PUBG and then Fortnite came to dominate the battle royale market. H1Z1 has since rebranded themselves as the most action-packed battle royale, taking measures to drastically increase the pace of play in their games. 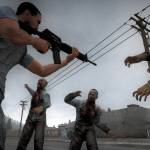 H1Z1 Sees Over 1.5 Million Players With PS4 Open Beta - IGN The battle royale game has also had over 200,000 concurrent players on Sony's system so far. www.ign.com

4. Steam Spring Sale is Now Live   Get ready to open your wallets and lie to your loved ones because the next Steam sale is now live! For those interested, there are several daily tasks and projects to unlock trophies and profile badges. Steam is also offering several games for free this weekend so players can try before they buy. Free games include Borderlands 2, Middle-earth: Shadow of Mordor, and Cities: Skylines. The sale will only last until May 28th, so make sure you act fast before you lose the chance to buy new games you’ll never play. 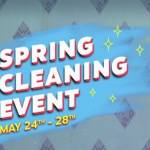 The Steam Spring Sale is live Game deals are here, alongside activities that encourage you to dig into your backlog. www.pcgamer.com

5. Xbox One Players Can Finally Play PUBG’s Miramar   After a month on the Xbox One test server, Miramar has finally been released on the Xbox One. When PUBG first came to Xbox, Miramar was the hot new thing on PC and many console players felt left out. Now, Xbox players can explore the long-awaited desert with all of the new vehicles and weapons it has to offers. The update also includes stability updates for PUBG and some cosmetic items. 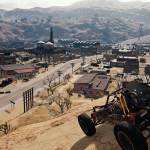 Miramar has finally been released for PUBG on Xbox One The map arrives as part of the game’s spring update www.polygon.com
SEARCH Moot POST