1. What's going on Moot Nation?! In this week's Moot Points episode Dylan answers questions from the community! Check it out to see if your question was answered and to get a better idea where Moot is heading!

2. Fortnite World Cup Announced with $30M Prize Pool   Are you ready for Fortnite to make you a millionaire? The details of the Fortnite World Cup have been announced and the prize pool is insane! The finals will be held live in New York City from July 26-28 and will have 100 solo players and 50 duo teams with each finalist guaranteed to win at least $50,000. You can win your way to the finals by competing in the online qualifiers which will be held from April 13 to June 16. Each of these weekly qualifiers will have a $1M prize pool and the top competitors will advance their way to the finals. Good luck to all of you competitors! 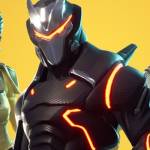 The Fortnite World Cup will have a $30M prize pool The Finals will be hosted in New York and feature solo and duo competition www.polygon.com

3. FTC Addresses Loot Boxes   The Federal Trade Commissions is looking to tackle the growing problem of loot boxes in video games. FTC chairman Joseph Simon says that they “have remained vigilant for potential consumer protection issues,” and is planning a public workshop to address loot boxes later this year. Some countries have already enforced laws either forcing transparency about loot boxes and their odds, while other countries have banned loot boxes altogether. The United States could soon be following suit, but Simon says that the FTC will first explore options that don’t require law enforcement efforts. 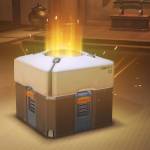 4. Epic Exploring Fortnite Respawn System   In an effort to overthrow Apex Legends and once again become the biggest game in America, Fortnite is considering adding many of the features of Apex Legends. One of the most notable changes that may come in Season 8 is a respawn system. This is one of the most loved features in Apex Legends and one aspect that truly sets it apart from other battle royales. Epic is also looking to incorporate Apex’s ping system, which should help facilitate team communication. Season 8 looks like it will have some big changes for Fortnite, and it’s clear that Epic is trying to act as soon as possible before Apex Legends becomes unstoppable. 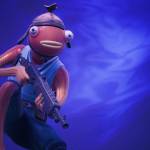 Epic is exploring a Fortnite respawn system Improvements to team communication are on the way, too. www.pcgamer.com

5. Fallout 76 Post-Launch Roadmap Revealed   Despite its poor reception on launch, Bethesda isn’t giving up on Fallout 76. The post-launch roadmap shows that they are pouring their resources into the game, bringing several new missions, items, and a new game mode called Survival. It’s good to see that Bethesda hasn’t given up on Fallout 76 yet; maybe these updates will be exactly what’s needed for the game to make a resurgence. The first update, Wild Appalachia, comes out on March 12.