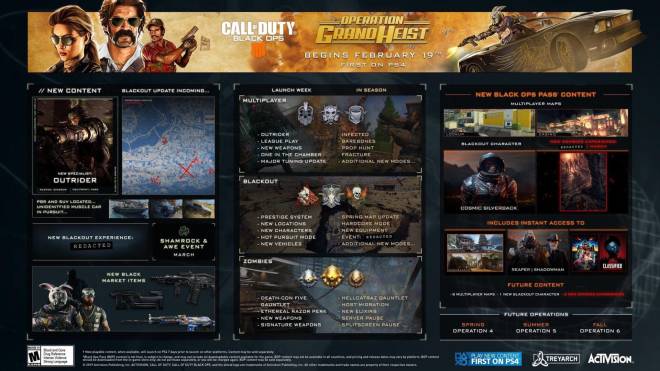 The roadmap for Black Ops 4’s brand new season “Operation Grand Heist” has been revealed. It will add new modes and weapons, western-themed areas to the Blackout map, and a new specialist named Outrider. Much to the delight of fans, they’re also bringing back a favorite game mode: One in the Chamber. Grand Heist is live on PS4 today, and will come to other platforms next week. 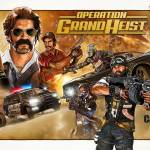 2. Google is Joining the Gaming Market   There has been a lot of buzz surrounding Google’s upcoming keynote speech at GDC next month. Although it may seem that Google is just making yet another streaming platform, what have in store is likely much more special. It’s just speculation, but it looks like Google is trying to develop a way to make console games playable from anywhere. This means that you could play all your favorite console games straight from your mobile phone. If this is true it would be revolutionary, so I can't wait to hear more details about it next month. 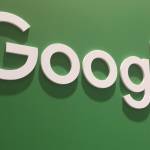 3. Epic Games Suing Organizers of Fortnite Festival   A U.K. festival promised to be the Fortnite event of the year went disastrously wrong. Now Epic Games is suing them. Nearly 3,000 people showed up to the festival and waited in line for over 2 hours only to find out that there was nothing inside. Despite branding it as a Fortnite event, there was nothing Fortnite related at the event, and it seems they were using Fortnite’s brand and logo without Epic’s permission. Epic Games has been the recipient of a lot of lawsuits this past year, this time they’re the ones doing the suing. Epic Games Suing Organizers of Disastrous ‘Fortnite’ Festival Epic Games is suing the organizers behind a U.K. “Fortnite” festival that happened over the weekend, according to Epic Games. Fortnite Live Norwich was billed as the “FortniteR… variety.com

4. Anthem Addressing Major Bugs Before Official Release   Although Anthem technically isn’t out until February 22, many players have been able to enjoy the game through EA’s Origin Access Premier. It’s a good thing too, because it seems like Anthem still had a lot of things to fix before releasing to the general public. Some of the most common bugs were invisible enemies, vanishing audio, and constant crashes. The developers promise that they’ll have all these issues fixed by the time it officially launches later this week. 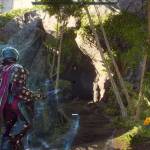 5. Ghost Recon Wildlands is Getting its Final Update for Year 2   Ghost Recon Wildlands is getting a brand new PvE mode with its final update for year 2: Special Operation 4. Although there’s not a lot of info about it yet, the creators assure that it will “test your endurance.” It’s good to see Wildlands adding a solid PvE mode, as this should satisfy fans until the next game in the Ghost Recon series comes out. Special Operations 4 should be released later this month, with a planned release date of February 27. 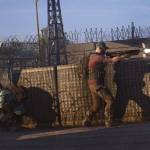