Happy Friday Mooties! We have another episode of Moot Points with Dylan and Brian for you all too enjoy. This week we talk about PC vs console, upcoming games like Detroit: Become Human, and what's new on Moot including our current #MyKratos event. Look at the bottom of this post for more info!

2. Call of Duty: WWII Multiplayer Free This Weekend   If you’re looking for a way to spend some free time this weekend, consider Call of Duty: WWII. The multiplayer version of the game is currently free to play and will stay that way until Sunday at 1 pm PT. You will be able to progress your character, unlocking weapons and other items as you level up. If you decide to purchase the game, which is conveniently on sale until Monday, you will retain all unlocked rewards. 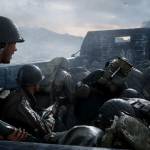 Call of Duty: WWII multiplayer is free to play for the weekend And as seems to be the way with these things, it's on sale too. www.pcgamer.com

3. Destiny 2’s Fall Expansion Will Include a Secret New Mode   Next week brings Warmind, the next DLC for Destiny 2, but we got some exciting news about Destiny’s future fall update today. We don’t know any details about the new game mode except that it is supposedly new not just to Destiny 2 but to the first-person gaming genre as a whole. More details will be revealed at E3 so make sure to keep an eye out. 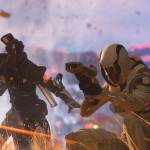 Destiny 2's big fall expansion will include a mode with a 'whole new style of play' A group of 'top Destiny players' played the mode at Bungie's studio, but we won't see it until E3. www.pcgamer.com

4. Activision says it’s Inspired by Battle Royale Games   Activision’s CEO expressed his admiration for Fortnite this week, saying he appreciated how the game was able to bring new players into gaming. He also said Activision is very good at drawing inspiration from successful games, which may be why we expect Black Ops 4 to have a battle royale game mode instead of a traditional single player campaign. Blacks Op 4 releases October 12th worldwide on PlayStation 4, Xbox One, and PC. If it has battle royale, we’re certainly buying it. 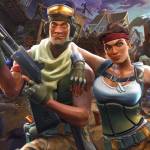 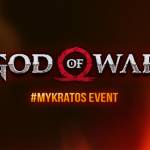