Microsoft has announced a new approach to the Microsoft Store which seems to be a tacit endorsement of Epic Games in their battle against Apple. In what they describe as the “10 principles to promote choice, fairness, and freedom in the Microsoft Store,” Microsoft has highlighted their new internal guidelines which are built upon the tenets outlined by the Coalition for App Fairness. While the 10 principles don't explicitly mention the ongoing lawsuit between Epic and Apple, they directly address the major points of the dispute via principles such as “We will not block competing app stores on Windows” and “We will not block a developer's choice of which payment system to use for processing purchases made in its app.” The legal battle between Epic Games and Apple is set to go to trial in May 2021. https://blogs.microsoft.com/on-the-issues/2020/10/08/app-store-fairness-caf-interoperability-principles/ 2. PS5 Backwards Compatibility Details   Sony has just revealed new details about the upcoming PlayStation 5’s backwards compatibility features, particularly in regards to the current-gen PlayStation 4. Most notably, Sony has confirmed that save files can be transferred from PS4 to PS5, meaning that players won’t have to worry about having their progress reset when playing older games on their next-gen system. Furthermore, Sony said that the “overwhelming majority of the 4,000+ PS4 games are playable on PS5 consoles,” with only a mere 11 titles being incompatible. Lastly, Sony announced that all of the compatible games will benefit from increased performance on PS5 consoles via the system’s “Game Boost,” but games will have to be played natively, rather than streamed, in order to take advantage of the technology. 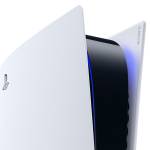 3. Epic Freebies   Another week of freebies from Epic Games is here. This week’s free games are Abzu and Rising Storm 2: Vietnam. You can grab your free copy of these games directly from the Epic Games Store from now until October 15. As long as you claim the games by October 15, they will stay in your library forever. You can check out Ryan’s review of Abzu below. https://www.epicgames.com/store/en-US/free-games/

Ryan's Always Right: ABZU | Indie Games ABZU is a fish-filled underwater adventure game where you play as a deep sea diver who has set out to explore the environment under the oceans. With its laid-back atmosphere and calming aesthetic, Abzu has garnered a wave of rave reviews praising the game’s artistic vision and wordless narrative des... moot.us

4. Developers Can’t Get RTX 3080s   Not only have consumers been unable to get their hands on Nvidia’s next-gen GPUs, even major development studios are having trouble sourcing them. This news comes after Larian Studios, which just released an early access version Baldur’s Gate 3 earlier this week, essentially begged Nvidia to send them an RTX 3080 because they still haven’t been able to get one. While the next-gen GPU shortage is certainly annoying for the many PC players who are looking to upgrade, it’s a significant problem for developers because it means that studios are unable to reliably patch their games in a way that ensures compatibility and stability with the new cards. In the case of Baldur’s Gate 3, Larian has now managed to fix the game’s “graphical quirks on Nvidia 3080 cards,” but this type of issue is likely something that will arise again in the near future, especially when it comes to smaller, independent studios. Baldur's Gate 3 - Hotfix #2 - After the Storm - Steam News Hello everyone, Thank you for your continued support. Playing the game, as well as your reports, is already helping to shape and improve it. We’ll share more information about this in an upcoming community update alongside our first patch, but for now we’ve fixed some of the most common issues repor... store.steampowered.com