Twitch Prime is no more. Starting today, Amazon is replacing Twitch Prime with a new service called Prime Gaming. Although the moniker has changed, Prime Gaming is essentially the same as Twitch Prime and is more of a rebrand than anything else. Amazon Prime subscribers who were previously getting Twitch Prime will now get Prime Gaming for free and can enjoy all of the benefits of the new service, including a free Twitch channel subscription every month, free in-game loot, and at least 5 free PC games per month. 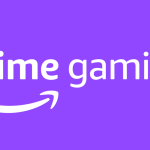 Amazon Kills Off Twitch Prime Name, Replaces It With ‘Prime Gaming’ Perk With Free Games and Content Amazon is sunsetting the Twitch Prime name — relaunching it as Prime Gaming, which will continue to be available for no extra cost to all of the company’s more than 150 million Prime me… variety.com 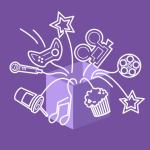 2. Injustice 3   It looks like Injustice 3 may be coming soon. A teaser for the game was posted on Twitter by game artist Nikolai Baslajik, better known as BossLogic. BossLogic has previously created official artwork for games such as Assassin’s Creed and Street Fighter, so it seems reasonable to assume he will be involved with Injustice 3 in some way. Although no confirmation about Injustice 3 has been announced yet, it’s likely that we’ll get some official details about the game during the upcoming DC FanDome event on August 22. 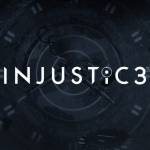 3. Dr Disrespect Returns to Streaming   Dr Disrespect has officially returned to streaming. The popular streamer had been on a hiatus since he was permanently banned from Twitch in June, but broke his absence this past weekend by streaming on YouTube. Dr Disrespect once again emphasized that he still doesn’t know the reason for his Twitch ban, but it’s clear that reconciliation between the two parties is out of the question. Dr Disrespect is not planning on signing an exclusive deal in the near future and will continue streaming on YouTube, Facebook Gaming, and on his own ChampionsClub website. 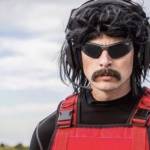 4. Cyberpunk Night City Wire Livestream   CD Projekt Red held another edition of their Cyberpunk Night City Wire livestream today, shedding more information on the upcoming Cyberpunk 2077. Specifically, the stream delved into the origins of one of the game’s “Lifepaths” as well as provided a first-ever look at some of the game’s weaponry. There will be 3 different classes of guns in Cyberpunk 2077 (Power, Smart, and Tech), each with its own strengths. For example, Smart guns shoot homing bullets that track their prey, making them the perfect choice for attacking moving enemies. You can check out the full second episode of Cyberpunk’s Night City Wire below.

5. Fall Guys Popularity   Fall Guys is taking the world by storm and has now become the biggest game launch in Devolver Digital’s history. Despite server issues which have persisted since the game first arrived last week, Fall Guys continues to soar in popularity. With nearly 130,000 players on Steam, Fall Guys is currently the number 3 game by Steam player count, number 2 in Twitch viewership, and holds the number 1 position atop Steam’s top sellers chart. These numbers smash Devolver Digital’s previous biggest launch, Scum, which managed around 68,000 players. If you’ve been enjoying Fall Guys so far or want to see more of what the game’s about, be sure to check out our new Fall Guys lounge here: 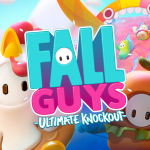