In perhaps expected news, Epic Games has introduced another exciting new item to Fortnite. The ‘Clinger’ is a sticky grenade that was just added to both Save the World and Battle Royale. This plunger+grenade abomination will stick to structures or enemies and then blow up. The item is uncommon rarity, meaning you should be able to find plenty to test around with. Additionally, this patch will let players refund 3 items they bought with V-bucks if the purchase was made in the last 30 days. 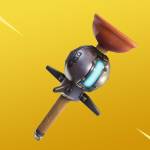 Fortnite gets sticky grenades in latest patch Epic adds "Clingers" to Fortnite Battle Royale and Save the World in today’s update www.polygon.com

2. Wolfenstein 2 Nintendo Switch Release Date Announced   Bethesda announced this morning that Wolfenstein 2 for Switch will release on June 29th. Wolfenstein 2 is being ported to the Switch by the same company that handled the Doom and Rocket League ports. Like Doom, Wolfenstein 2 will utilize the Nintendo Switch’s unique motion controls. Wolfenstein 2 released late last year for PlayStation 4, Xbox One, and PC. The game received high reviews and was lauded as a fantastic single-player experience. 3. H1Z1 Coming to PS4 on May 22nd, Free to Play   The open beta for H1Z1 on PS4 starts May 22nd. H1Z1 recently decided to go free-to-play on PC and that will carry over to the version of the game on console. The PS4 version of H1Z1 will have an even heavier focus on action, with more guns and faster matches. Games will be 15 minutes or less with the gas closing in faster than normal. 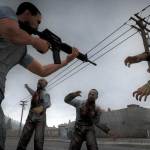 4. Fortnite is Coming to China, Getting Big Esports Investments   Fortnite will soon be coming to the Chinese market in what is another big step toward world domination. The game will be published in China by Tencent, China’s biggest gaming company. Tencent will also be investing $15 million into esports both in China and internationally. Tencent notably owns League of Legends completely and holds a 40% stake in Epic Games. Ironically, they are also the Chinese publisher of PUBG mobile. Fortnite confirmed for China, with $15m esports investment Tencent is at the helm. www.pcgamer.com

5. Xbox Players Can Soon Link to Their Discord Account   Pretty soon, you’ll be able to tell all your Discord friends what you’re playing on your Xbox. Linking Discord to your Xbox will function exactly like the other social media account integrations, and as far as we can tell you won’t be able to actually connect and use Discord on your Xbox, but you’ll be able to show people what you’re playing! Hopefully Microsoft and Discord continue to develop the partnership to bring Discord to the console eventually. 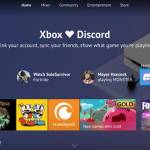 Xbox players will soon be able to link their Discord accounts Rolling out in the coming weeks www.polygon.com
SEARCH Moot POST