The Xbox Games Showcase is almost here, ready to provide us with the world’s first look at many of the upcoming Xbox Series X games. Microsoft has promised that the showcase will focus exclusively on the games themselves, so aside from gameplay footage showing off the capabilities of the Xbox Series X, don’t plan on the event revealing too much new information about the console itself. While several of the games will likely be surprise announcements, Microsoft has confirmed that Halo: Infinite will be making an appearance. Microsoft is also holding the Xbox Summer Game Fest which enables players to demo over 70 unreleased Xbox One games from now until July 27. The Xbox Games Showcase is set to kick off tomorrow at 9am Pacific Time. 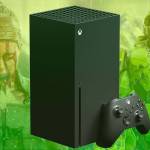 2. Ubisoft Next-Gen Pricing   Ubisoft has revealed some promising news about their next-gen game pricing. All of Ubisoft’s 2020 game releases on the PlayStation 5 and Xbox Series X, including Assassin’s Creed Valhalla and Watch Dogs: Legion, will maintain their $60 price tag. Considering that many next-gen games from other publishers have already committed to a $70 price tag, this is great news for Ubisoft fans who are planning to upgrade to a PS5 or Xbox Series X. It sounds like Ubisoft might raise prices in the future, but promised that “for Christmas releases, games will launch at $60.” 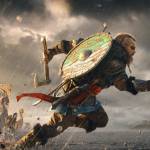 Ubisoft's Next-Gen 2020 Launches Will Be $60, But Doesn't Rule Out Future Price Increase - IGN Ubisoft has confirmed that its Fall 2020 games, including Assassin's Creed Valhalla and Watch Dogs Legion, will cost $60 when they are released on PlayStation 5 and Xbox Series X. www.ign.com 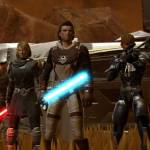 Star Wars: The Old Republic has just launched on Steam The closest thing we're likely to ever get to a KOTOR 3, now on Steam. www.pcgamer.com