Rocket League will soon be free for all players. The popular car-meets-soccer game just hit its 5th birthday and in celebration, developer Psyonix has decided to make the game completely free to play. If you already own Rocket League, you’ll be getting over 200 items as a thank you for purchasing the game prior to the conversion. For PC players, Rocket League will also be moving to the Epic Games Store with the switch, but players who already own the Steam version will be able to continue playing it on Steam. Psyonix hasn’t announced the date of the switch yet, but it’s expected that Rocket League will be going free-to-play sometime this summer. Rocket League going free-to-play, new players will have to get it on the Epic Store If you already own Rocket League you'll get over 200 items, and your Steam copy will continue to work and get updates. www.pcgamer.com

2. Warzone Trains   It looks like Call of Duty: Warzone will soon be getting trains. In a cryptic teaser for the upcoming season of Warzone, Infinity Ward appears to be hinting that they will be adding locomotives to Verdansk in season 5. The cryptic image also seems to suggest that the start date of season 5 will be August 5, although Infinity Ward hasn’t made any official statement regarding the matter. Regardless, it’s safe to say that some pretty big changes will be hitting Warzone in the very near future. 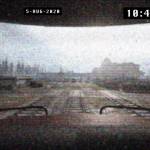 3. Risk of Rain 2 Release Date   Risk of Rain 2 now has an official release date. The acclaimed third-person roguelike shooter, which has been available in early access for over a year now, will finally be getting its full release. The official launch will introduce plenty of new content via the appropriately named “Launch Update” and the cost of the game will be going up from $20 to $25 to reflect the game’s new status. Risk of Rain 2 is set for its official launch on August 11. Risk of Rain 2 will be out on August 11 with a new character, stage, and server browser The price is going up, too. www.pcgamer.com

4. FF7 Remake Part 2   Final Fantasy Remake Part 2 is officially in development. Game director Tetsuya Nomura has announced that the team is seeking to deliver the game “as soon as possible” and is now devoting their full attention to the project. Not only is the team trying to get the project done quickly, Nomura also said they “hope to make the next installment even better in quality that can make for an even better experience.” It is expected that more details about Final Fantasy Remake 7 Part 2 will be revealed in the near future. 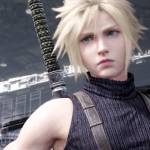