Happy Friday JingleMoots! It's the holiday season and in this week's episode of Moot Points with Dylan and Brian the boys talk about Fortnite's new season. The season brings some massive additions and changes to the most popular game in the world and the guys have some hot takes on it all. Check out the episode below! And pay attention, there is a way for you to earn FREE MOOT COINS if you're fast! (apologies for the audio quality this week, we experienced some last minute technical difficulties)

2. ‘The Block’ will Bring the best of Fortnite’s Creative Mode to Battle Royale   Yesterday we saw the start of Fortnite’s new Creative mode, where players can freely build their own custom creations, and now we’ve found out that’s just the tip of the iceberg. Epic Games has leveled Risky Reels(RIP) to create a new flat plaza called The Block. The Block will feature different player-made creations for the whole world to see. They will be watching social media to find the creations they want to bring to the real map, so remember to use the #FortniteBlockParty hashtag when tweeting out your builds. 'The Block' will bring stuff from Fortnite's creative mode to battle royale Someone get de_dust2 in there. Hurry. www.pcgamer.com

3. PUBG Reveals Winter Map, on PC Test Servers Now   At The Game Awards last night, PUBG Corp. revealed their new winter map. The new map, named Vikendi, will release on PC servers on December 19th. If you can’t wait that long to play it, you’re actually in luck; Vikendi is now playable on PC test servers. The reveal trailer didn’t show much of the map, but early streams from this morning have been promising. See the map for yourself on the PC test servers while you can. 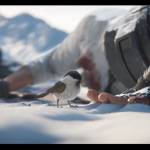 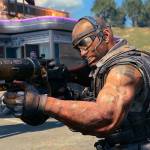 5. 10 Million USD to be Invested into Magic: The Gathering Arena Esports   Wizards of the Coast announced at The Game Awards last night they will be invested $10 Million USD into an esports program for their new software Magic: The Gathering Arena. MTGA is a free way to play the classic Magic: the Gathering card game in a digital setting. The Magic Pro League will feature 32 of the world’s top ranked players, who will be offered $75,000 yearly contracts to play and stream the game. Perhaps the most interesting aspect of all of this is how Wizards is attempting to tie together the paper and digital aspects of their game, as paper tournaments can qualify players for online tournaments and vice versa. 'The Block' will bring stuff from Fortnite's creative mode to battle royale Someone get de_dust2 in there. Hurry. www.pcgamer.com 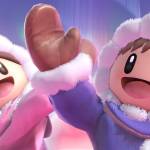 ============= ATTENTION EVERYONE! A Double Coin event is now live on Moot! This is not a drill!!! This is your best opportunity to earn Moot Coins to buy all of the sweet holiday items we will have in the shop during this holiday season. Check out the post below to learn more! 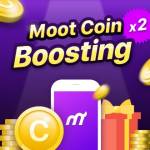 Double Coins!! Want to get more Moot Coins?! Now is your chance! From now until December 10th you will be rewarded DOUBLE Moot Coins for every upvote, comment, post, and more! Time to get out there and start earning more Coins than ever before! Make sure to check out the Moot Coin Shop throughout this entire month as we unveil NEW holiday items! moot.us