Sony has purchased a minority stake in Epic Games, investing $250M in the company. According to Sony CEO Kenichiro Yoshida, Sony was impressed by Epic’s recently revealed Unreal Engine 5 and explained their decision to invest by saying, “Epic’s powerful technology in areas such as graphics places them at the forefront of game engine development with Unreal Engine and other innovations.” The fact that Epic Games is also home to one of the world’s most popular games in Fortnite certainly contributed to the decision as well with Yoshida calling the game a “revolutionary entertainment experience.” It’s unclear what impact this new collaboration will have, but it’s possible that we could see some Sony-exclusive content coming out of Epic Games in the future. 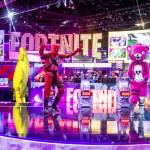 Sony invests $250 million in 'Fortnite' maker Epic Games Sony is taking a minority stake in Epic, in a strategic investment deal that expands on an existing relationship between both firms. www.cnbc.com 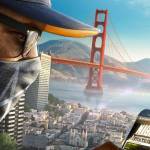 3. New Half-Life Game?   Valve’s game development team is apparently looking to create a new Half-Life game. According to journalist Geoff Keighley, the team behind VR-exclusive Half-Life: Alyx is seeking to begin work on a mainline, non-virtual reality Half-Life game designed to be “accessible across all traditional gaming platforms.” Multiple Alyx developers have echoed this sentiment, with designer Phil Co saying that Valve is “afraid of Half-Life no more.” As critically acclaimed and impressive as Alyx is, fans will no doubt be glad to have a more accessible, non-VR Half-Life game hit the market. Of course, only time will tell if the game will actually come to fruition; Valve has been known to cancel major projects in the past, including Half-Life 3. 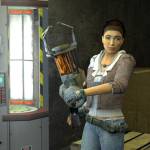 Valve employees want to build a 'full-scale,' non-VR Half-Life game That's according to Geoff Keighley, although there's the question of whether or not Valve will go for such a big project. www.pcgamer.com

4. New World Delayed Again   New World, Amazon’s upcoming MMO, has been delayed once again. It seems that this delay comes as the result of feedback from Alpha testers, who noted the game’s lack of late game content. Amazon Studios director Rich Lawrence explained the desire for players “to feel completely immersed in the game [and] ensure that the most dedicated players have plenty of middle and endgame experiences.” New World was originally slated to launch in May of this year, was then delayed to August, and is now expected to arrive in Spring 2021. 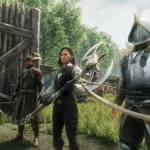 New World, Amazon's upcoming MMO, has been delayed again The release is now expected to take place in spring 2021. www.pcgamer.com

5. Valorant Elderflame Set   Valorant’s first “Ultra” skin set is now available. Called Elderflame, the set includes 4 components and will cost a whopping $100 ($25 per component). As for the skins themselves, the Elderflame cosmetics will transform your weapons into fire-spitting dragon variants. You can check out the reveal trailer for the Elderflame skin set below.