Ubisoft will soon be launching a new battle royale called Hyper Scape. Designed by the same teams that created Rainbow Six Siege and Assassin’s Creed, Hyper Scape is expected to feature significant sci-fi elements and will be played exclusively in first-person perspective. Ubisoft is also working with Twitch to introduce brand new “levels of integration” which will enable Twitch chats to directly influence and change the game in real time. Hyper Scape will be free-to-play and is set to launch on July 12. 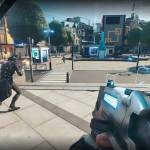 Ubisoft is reportedly making a battle royale, Hyper Scape, coming soon It's a free-to-play sci-fi FPS, due out next month www.pcgamer.com

2. Ghost of Tsushima New Trailer   A new trailer for the highly-anticipated Ghost of Tsushima has just been released. Called “A Storm is Coming,” the new trailer unfortunately doesn’t show any actual gameplay footage of the upcoming Playstation-exclusive, but it does feature some pretty awesome cinematics and hints at the game’s themes and backstory. Ghost of Tsushima is expected to launch worldwide on July 17; check out the trailer below.

3. Harry Potter RPG   A Harry Potter RPG courtesy of Warner Bros. Interactive Entertainment is in the works. The game is expected to be an open-world experience that “takes place at Hogwarts and its nearby locations.” Many details about the upcoming game are being kept under wraps, but the development team has apparently been working on the project in secret for multiple years. Although Warner Bros. has yet to make any official announcement, the Harry Potter RPG will likely come out on PS5 and Xbox Series X in 2021. 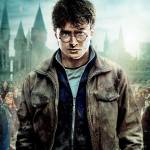 Harry Potter RPG Reportedly Due in Late 2021 - IGN A new report states that the much-anticipated Harry Potter RPG from Warner Bros. is set to be released on platforms including PlayStation 5 and Xbox Series X in late 2021. www.ign.com

4. Death Stranding Sequel?   Hideo Kojima is working on a new game, and in typical Kojima fashion, he’s dropping subtle hints about what the project might be. In a series of Tweets describing his creative process for designing the “new title,” Kojima appeared to suggest that the upcoming game may very well be a Death Stranding sequel. Of course, Kojima is widely known to troll his community, so only time will tell what exactly he’s working on. At any rate, fans will no doubt be glad to hear that another Kojima game is on the way. 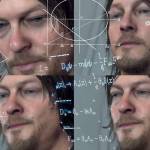 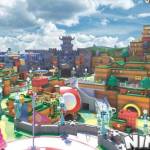