Microsoft has announced that they will be permanently closing all of their physical retail stores. Instead, Microsoft has decided to fully commit to their digital storefronts saying, “We are grateful to our Microsoft Store customers and we look forward to continuing to serve them online.” The first Microsoft Store opened more than a decade ago and there are now more than 100 stores worldwide, many of which were lauded for their frequent community events such as free-to-enter gaming tournaments. The London, New York, Sydney and Redmond locations will be turned into “Microsoft Experience Centers” while the rest will be closed entirely. 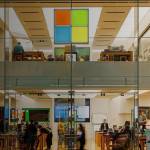 Microsoft is shutting down all of its retail stores permanently They closed in March due to the coronavirus and won't be reopening. www.pcgamer.com

2. Cyberpunk 2077 Anime   A Cyberpunk 2077 anime adaptation is in the works. Called “Edgerunners,” the spin-off will be produced by Studio Trigger and directed by the studio’s founder Hiroyuki Imaishi. Imaishi is widely renowned in the industry, particularly for his work on shows such as Neon Genesis Evangelion, Gurren Lagann, and Kill La Kill. Very few details about the upcoming anime have been revealed yet, but the studio promises that Edgerunners will be an anime “that both Cyberpunk fans and those who are not so familiar with the game can enjoy.” Edgerunners is expected to premier on Netflix in 2022. 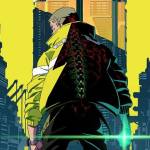 Cyberpunk 2077 is getting a spin-off anime from Studio Trigger Edgerunners will air on Netflix in 2022. www.pcgamer.com

3. Warframe Hard Mode   Warframe will soon be ramping up the difficulty for the game’s top players. Called Steel Path, Warframe’s upcoming hard mode will provide higher level challenges along with new, exclusive rewards to show off your accomplishments. Steel Path will be going through a 1,000-player beta test this weekend but in order to participate, you must have already completed the existing map. 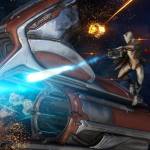 Warframe is getting a hard mode For players who have already done a tour of the solar system. www.pcgamer.com 5. Cuphead TV Show   The immensely popular cartoon-inspired game Cuphead will soon be getting a cartoon spin-off of its own. Dubbed “The Cuphead Show,” the upcoming Netflix series will closely resemble the video game but is not expected to be an exact match. Unfortunately, no concrete air date has been announced yet, but Netflix did release a new first-look trailer which you can check out on their Twitter post below. 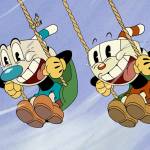 NX on Twitter “Take an inside peek at the intricate, nostalgic design of The Cuphead Show! https://t.co/EF0kpAi973” twitter.com
SEARCH Moot POST