**NOTICE**   We just launched a massive new update to our LFG system, where we introduced LFT Presets. You can customize your LFT Preset to find the perfect team for any game on our service in no time! Read about it here: 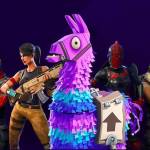 NEW LFT PRESET FEATURES NOW IN MOOT v2.3 What is up, my fellow Mooters? 🤙 Today marks a huge day for all of us here in Moot! v2.3 offers one of the most awesome features yet, and I am absolutely honored to introduce it to you all: LOOKING FOR TEAMMATES PRESETS! moot.us Red Dead Online is now available for those who purchased the game’s Ultimate Edition and it will become available to others who own Red Dead Redemption 2 throughout the week. In Red Dead Online you can form a Posse, set up camp, explore the world, take on missions, and more. You can also play some new game modes, including a battle royale mode. Make it Count is a mode where players use only a bow, some arrows, and throwing knives to fight until only one player remains. 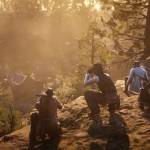 2. Fortnite Item Gifting Available for a Limited Time   With the release of the 6.31 update to Fortnite you will temporarily be able to send cosmetic items to your friends as gifts. This feature has been long requested, so it is good to see Epic Games finally introducing it. There are some restrictions to prevent players exploiting the feature. You’ll only be able to send 3 gifts per day and you can only send gifts to people you have been friends with for 48 hours or more. Currently, you can gift cosmetics but not the battle pass. 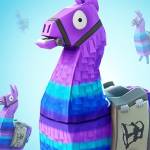 Fortnite Item Gifting Now Live for a Limited Time - IGN Fortnite will be adding the long-requested option to give gifts to your friends with the release of the 6.31 update, but only for a limited time. www.ign.com

3. Bungie Reveals Destiny 2’s First Mini-Expansion   Black Armory is the first “mini-expansion” coming to Destiny 2. Black Armory centers around the vendor Ada-1, who will send players on new quests to re-ignite the weapon forges lost during the Golden Age. Players will team up to defend the Forges from an onslaught of enemies and eventually earn a new weapon. There is also a new raid in the expansion called Scourge of the Past. We know the raid will take players into the abandoned areas of the Last City, but we don’t know much else. Black Armory releases on December 4th on all platforms. 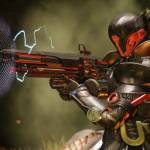 4. Fallout 76 Getting two big Updates in December   Fallout 76 has had its critics from the first open beta and it seems Bethesda is listening closely. Bethesda has promised two updates in December to tackle some of the game’s issues. The first update, tentatively slated for December 4th, will increase the Stash storage limit, increase boss loot, increase respawning when overencumbered, and prevent players from getting stuck inside Power Armor. The second update, set to release one week later, will improve some C.A.M.P features and introduce push to talk to PC servers. 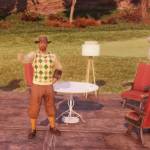 5. Free Sea of Thieves Expansion Launching Tomorrow   Sea of Thieves was lacking content at launch, but the team behind the game has been pumping it out since then. Sea of Thieves players have received three free expansion packs, all of which focused on adding content to the game. Now, the map feels full and there is a lot more for players to do. Tomorrow, the Shrouded Spoils expansion launches with the goal of breathing new life into the game. Shrouded Spoils introduces fog, which will hide threats from players when at sea. The megalodon and kraken both drop loot now, skeleton ships have been updated, and there are some new ship customization options as well. 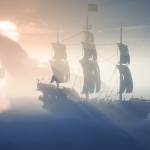 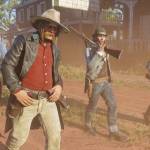