2. Epic and Legendary Pump Shotty Coming to Fortnite   Epic Games announces they’ll be introducing epic and legendary versions of the famous pump shotgun to Fortnite’s battle royale mode some time this week. The new gun comes alongside a rework to the pump shotgun’s pellet system, which frequently caused some ‘feels bad’ moments. All shotguns will now deal at least three pellets worth of damage, even if only 1 or 2 connect. This means no more 7 damage shots from your pump shotgun. Expect the new pump shotgun to become available some time mid-week as usual. 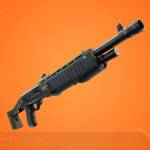 Fortnite's most frustrating shotgun is about to become badass again The pump shotgun is getting epic and legendary variants, alongside a long-awaited damage buff. www.pcgamer.com

3. Smash Bros Ultimate Full Game Leaked Online   A full copy of Smash Bros Ultimate, which is set to release December 7th, has reported leaked online. Several difference illegal copies of the game are apparently spreading online, with some of them confirmed by news sources. At least one of the leaked versions of the game results in Switch consoles being bricked when they try to play it. Be wary if you’d like to avoid spoilers for the game or it’s single player mode. 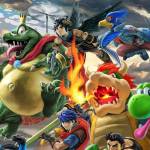 4. Ring of Elysium Introduces European Servers   Ring of Elysium is a free battle royale in the realistic style of PUBG. The game’s unique twist is the snowy environment you battle in and the tools you have to navigate said environment. In mid-September, Tencent promised European servers within a month. Well, they’re about a month late but they’re finally here. Ring of Elysium is still in Early Access, but has seen generally positive reviews from players who tried it. The game is available on Steam. 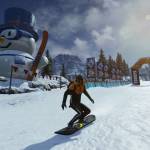 5. Fortnite Adds new Skin Based on 8-year-old’s Drawing   Back in September, an 8-year-old Fortnite player had his father submit a drawing of his to the Fortnite subreddit to show off a skin concept he came up with. Fast forward to now, and the skin has officially been added to the game. The skin, called “Tender Defender,” is a part of the “Fowl Play” set. The chicken warrior skin is paired with the Flappy Flyer glider and the Scrambler pickaxe. 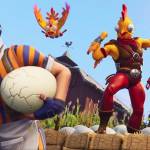 Fortnite Adds New Skin Based on an 8-Year-Old Fan's Drawing - IGN Fortnite's latest skin is a chicken from the mind of an eight-year-old fan. www.ign.com

================   There's a Moot Caption Contest going on and if you haven't entered yet, you're missing out! FIVE winners will receive Moot Coins, with the first place winner receiving 500 Moot Coins. Get on over there using the link below and submit your caption now. Good luck!