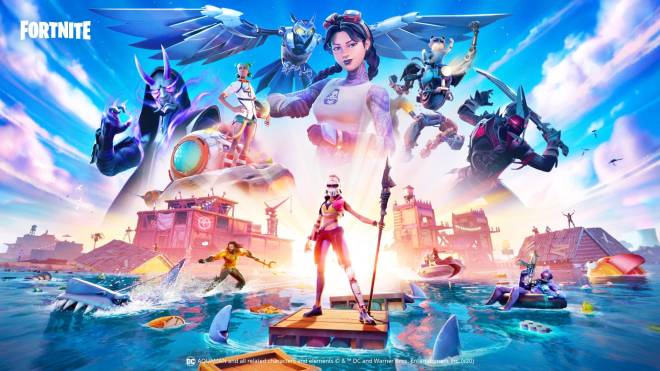 Fortnite Chapter 2 Season 3 is finally here. It wasn’t an easy journey to get to this point but after several delays and postponements, Fortnite’s third season has now kicked off, transforming the map into a waterworld. Although Season 2’s mascot Deadpool is gone, the superhero theme persists with Aquaman as the figurehead for Season 3. Fortnite’s redesigned map features plenty of new areas to explore and secrets to discover, and as the water slowly recedes over the course of the season players will gain access to places that were once inaccessible. Check out the Fortnite Chapter 2 Season 3 launch trailer below.

2. PAX Online   This year’s physical PAX events may have been cancelled, but organizers are planning a massive online replacement. Called PAX Online, the digital showcase will run 24-hours-a-day for 9 straight days and it will be completely free to watch for all viewers. The event will also include free downloadable game demos, digital concerts and competitions, and custom chat rooms. PAX Online is set to begin later this year on September 12. 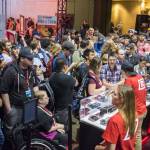 PAX will be a 9-day, non-stop online event this year The organizers of PAX West, PAX Australia, and EGX are putting on PAX Online in September. www.pcgamer.com

3. Apex Bunkers   It looks like Apex Legends’ bunkers will soon begin to open. An ominous timer displaying the “hatch status” has appeared on the bunker between Salvage and Water Treatment and is slowly ticking down. It seems that Respawn will open each bunker one-by-one as the other bunkers across the map currently display a “locked” hatch status. Based on the timer, the first bunker should open by June 23. 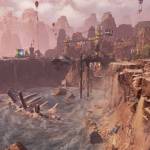 One of Apex Legends' bunkers now has a countdown timer Legendary items, including golden weapons, may await in four different bunker locations. www.pcgamer.com

4. Rainbow Six Siege Sound Update   Ubisoft is looking to change the way that sound works in Rainbow Six Siege. As part of a new blog post, Ubisoft acknowledged “that various sound issues in the game have been problematic for players for some time.” Unfortunately it doesn’t seem like it will be an easy fix as Ubisoft is now planning to completely rebuild the audio, a process which they are describing as “a major undertaking.” The first sound repackaging updates will roll out during Season 3, but the complete rework will be a lengthy process that “will not be finalized in Year 5.” 5. New Pokemon Snap   A new Pokemon Snap game has been announced. More than 20 years have passed since the original Pokemon Snap launched on the Nintendo 64 in 1999; now it’s finally time to resume some Poke photography. The upcoming game will include a variety of environments including “deserts, jungles, and more” and will feature Pokemon from many different generations. No release date has been announced yet, but it’s possible that we’ll get some more information during next week’s Pokemon Presents on June 24. Check out the announcement trailer for the new Pokemon Snap below.