Valve has finally lifted the NDA on their highly-anticipated new digital card game called Artifact. Fans of Artifact expressed serious concerns about the game’s economic model, as it felt like everything cost money. The Steam community post from Valve revealed you will soon be able to draft with your friends and practice drafting before moving into the competitive draft modes. Also, you’ll be able to recycle unwanted cards into more event tickets. Although yesterday’s beta update didn’t say anything explicitly about the economic model, Valve addressed some real community concerns that promises good things in the future. 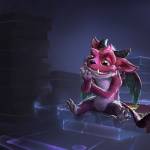 Artifact :: 11/18 Beta Update The Artifact public beta is starting later today. All attendees from this year's International and everyone who redeemed a beta key will find the game activated in their Steam account. Since lifting the NDA on the private beta yesterday, there's been an overwhelming amount of feedback on all parts of the game. steamcommunity.com

2. PUBG is Fixed, Developer Claims   A few months ago, PUBG Corp. launched the ‘Fix PUBG’ campaign to address community concerns about unacceptable issues with servers, lag, and tick rate. Now, the game’s developer claims PUBG is fixed and the campaign is over. There will still be fixes to the game in the future, but PUBG Corp. believes the game is now on the stable footing it should’ve been on all along. You can try PUBG again to see for yourself on your PC or Xbox One now, or play for the first time on your PlayStation 4 starting on December 7th. 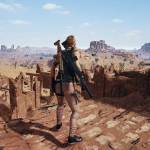 3. Marvel to Publish League of Legends Comics   When League of Legends originally launched, Riot Games put extensive effort into developing the lore behind the game’s champions and the world they fought in. As they became more invested in the strategic balance of the game, lore became less and less important. Well, now Marvel is helping Riot Games revive interest in League of Legends lore with a series of comics and graphic novels. The first comic is Ashe: Warmother, which focuses on one of League of Legends’ most iconic characters. 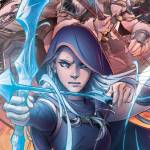 Marvel is publishing League of Legends comics, starting with Ashe's origins More are on their way. www.pcgamer.com

4. Frostpunk Endless Mode Available Now   Frostpunk is a city building game set in a snowy wasteland and it just got an awesome new mode. Endless Mode, which is now available for free to everyone who owns the base game, is a traditional sandbox mode that you’d expect from a game like Frostpunk. The new DLC introduces endless playthroughs, 3 new maps, 2 new game modes, and a few nice visual additions. If you haven’t played Frostpunk yet and you’re into city building games, you should definitely check it out! 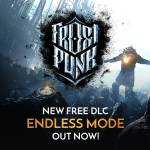 Frostpunk :: The biggest Frostpunk DLC so far: ENDLESS MODE - AVAILABLE NOW for free! Hello there, fellow Citizens! We have some amazing and long-awaited news to share! As planned, and promised in the development roadmap, the Endless Mode for Frostpunk is available now (for free) for all owners of the base game. Watch the Features Overview video: https://youtu.be/_A2pVJc0ddg About the DLC: Endless playthrough 3 new maps 2 brand new game modes Randomised frostlands New Archives mechanic New city decorations Available for free Watch the Dev Diary about Endless Mode:... steamcommunity.com

5. DOTA 2 Update Makes some Big Changes   A new update to DotA 2 that launched this morning is sure to shake things up for the MOBA game as it is changing the map, tons of items, and several heroes. Several fundamental concepts of the game have also been tweaked, like the exact mechanics of denying creeps and even the formula to calculate armor. There’s far, far too much to summarize here, so check out the post below to see the extensive list of changes to DotA 2! 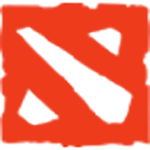 ===============   It's Monday, which means there's another Moot Caption Contest! 5 submissions will receive Moot Coins, so head on over to the link below and post something clever. Good luck! 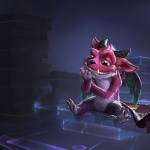 Moot Caption Contest #8 Greetings Mootlings! We are yet again challenging the Moot community to come up with the funniest caption for a chance to win Moot Coins. This week will be just like the last few, as we're going to give coins to our favorite FIVE submissions. The winner will still receive 500 Moot Coins and four others will receive 100 Moot Coins each. This week's image is from Artifact, Valve's highly anticipated digital card game that will release by the end of the month! HERE IS THIS WEEK'S IMAGE. PLEASE SUBMIT YOUR CAPTION IN THE COMMENTS BELOW. THE WINNER WILL BE CHOSEN BY TEAM MOOT. The contest will be open to everyone until 4pm PDT this Friday! Submit your clever captions in the comments below (don't be shy)! Good luck! 😎 PS: CHECK THE BOTTOM OF THIS POST TO SEE WHO WON LAST WEEK. moot.us
SEARCH Moot POST