1. Playstation will NOT be Attending E3 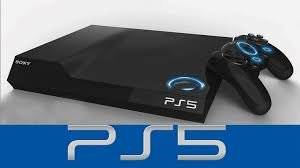 For the first time in E3’s 24-year history, Playstation will not be attending the event. In lieu of E3, it sounds like Playstation has something unique up their sleeves, saying that are looking for “inventive opportunities to engage the community” and that they “can’t wait” to share their plans. What exactly are these plans? Your guess is as good as mine. Hopefully we’ll be hearing some specifics in the near future. 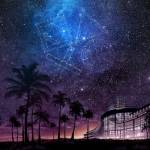 PlayStation Skipping E3 For First Time in Show’s 24-Year History Sony Interactive Entertainment, currently riding high on record sales of its PlayStation 4 gaming console won’t be hosting its annual press conference or showing up at all during next year… variety.com 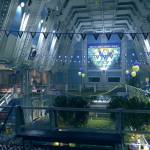 3. USC is Paving the Way for the Future of Esports   The University of Southern California has just announced the launch of their Esports Union (ESU). Unlike other collegiate esports teams, the ESU will act as a varsity team for the Trojans, helping pave the way for esports as a major sport in the public eye. They are currently focused on League of Legends, which was founded by USC graduates Brandon Beck and Marc Merrill, but they intend to add Overwatch and Super Smash Brothers in the near future. This is a great sign for the future of esports and should help legitimize elite gamers as serious competitors worthy of attention from powerhouse universities. USC has a new varsity team: The Trojans of esports USC is launching an esports union to foster club teams and varsity squads that will compete in popular esports titles. The virtual Trojans are slated to face off against their UCLA rivals in League of Legends on Thursday. www.latimes.com

4. Nintendo Shuts Down Rumors of the N64 Classic   Following the success of the NES and SNES Classic, many die hard Nintendo fans assumed that a N64 Classic would be the next logical step. Unfortunately, Nintendo shut down those rumors, explaining that they only released the NES and SNES Classic as a marketing scheme to promote the Nintendo Switch. Although they didn’t rule out the possibility of a N64 Classic in the future, they have made it clear that they won’t be releasing it anytime soon. 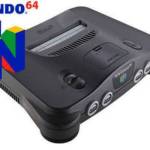 N64 Mini Classic UPDATE: Good news and bad for Nintendo retro games fans NINTENDO has effectively ruled out the idea of an N64 Classic Mini console being announced in 2018, scuppering any hopes for an announcement during a recently rumoured Direct event. www.express.co.uk

5. Telltale Games is Going Under   After a year filled with scandals and turmoil, it appears that Telltale Games is finally shutting down. Although they had a good run, especially with series like The Walking Dead and Game of Thrones, it seems that Telltale Games couldn’t overcome their poor management decisions. Many of their games are starting to be removed removed from the Steam Marketplace so now is likely your last chance to buy their games before they’re gone for good. Telltale Games is reportedly closing down for good as games disappear The end of the line for Telltale www.theverge.com
SEARCH Moot POST