The Daily Moot: Respawn's New Studio and the Future of Apex Legends Respawn Entertainment, which is celebrating its 10-year anniversary this year, has announced the creation of a brand-new Vancouver-based studio. The new studio will be entirely dedicated to Apex Legends and will focus on fulfilling the long-term vision for the game. This is undoubtedly great news for Apex Legends fans as it’s clear that Respawn and EA are both committed to the game’s longevity. This is also great news for fans of Respawn’s other titles because the original California-based studio should be able to work on other projects now that there’s a second studio solely dedicated to Apex Legends. Could Titanfall 3 be in our future? 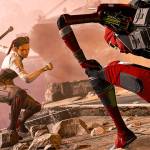 2. Ubisoft Suing Apple and Google   Ubisoft is suing Apple and Google over a mobile game which is allegedly a “near carbon copy” of Rainbow Six Seige. The game in question is called Area F2 and was developed by Ejoy, a subsidiary of Alibaba. Ubisoft claims that Area F2 steals nearly every single aspect from Rainbow Six Siege and is clearly nothing more than a ripoff, but that their attempts to get the game removed from the App Store and Google Play without litigation have been unsuccessful. 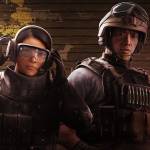 Ubisoft is suing Apple and Google over an alleged Rainbow Six Siege clone The game in question is made by Alibaba-owned Ejoy. www.pcgamer.com

3. Mortal Kombat Friendships   Mortal Kombat’s upcoming new expansion, Aftermath, will apparently be offering some alternative finishing moves for those who find the game’s fatalities just a bit too brutal. The new finishers are called Friendships and they give you the opportunity to bring a bit of love into the war. Friendships will go live alongside the Aftermath expansion on May 26, but even those who don’t purchase the DLC will be able to use the new finishers. Check out the official Friendships Trailer below. 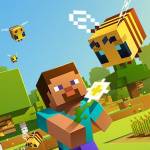 5. Maneater Trailer   Have you ever wanted to be a shark? Maneater, an upcoming open-world action RPG, lets you do exactly that. Play as an angry bull shark on a quest for revenge against the shark hunters who ruined his life. Maneater is set to launch on May 22; check out the trailer below.