DOOM Eternal’s very first update just went live, bringing a host of new additions to the game. Although players are enjoying things like the new progression system and quality of life changes, the update also implemented Denuvo Anti-Cheat which has drawn criticism from fans. This is because, like Valorant’s Vanguard Anti-Cheat, Denuvo Anti-Cheat uses a kernel-mode driver which gives it an incredible amount of access to your device. What do you think about the next generation of anti-cheats? Is the improved competitive integrity worth the potential risks? 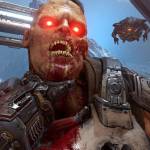 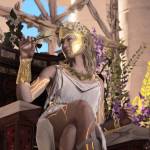 Assassin's Creed Origins and Odyssey Discovery Tours are free for everyone The highly-detailed exploration modes are free on Uplay until May 21. www.pcgamer.com

3. Control DLC and Alan Wake   The upcoming Control DLC, Control: AWE, will apparently be heavily linked to Alan Wake. According to creative director Sam Lake, Control: AWE will explore the connection between the two games and help to explain the ending for Alan Wake. Although Alan Wake is now over 10 years old, fans have still struggled to decipher its strange and obscure conclusion. Fortunately the DLC should give fans some closure as Lake confirmed that it will uncover “what happened in Alan Wake and where they are with it today.” 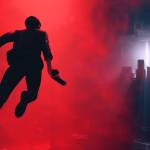 4. Epic Mega Sale   Epic Games has begun its Epic Mega Sale, giving away free coupons and offering discounts on tons of games. Technically the sale started yesterday, but it went largely unnoticed because GTA V crashed the Epic Games Store. Speaking of which, be sure to pick up your free copy GTA V if you haven’t already; the deal only lasts until May 21. The Epic Mega Sale began yesterday, but nobody noticed because GTA5 crashed the store The sale is working now and if you grab GTA5 for free, you get a $10 coupon to use in the sale. www.pcgamer.com

5. Poly Bridge 2   The tricky physics game Poly Bridge is now getting a sequel. Much like its predecessor, Poly Bridge 2 combines puzzles and physics simulation by tasking players with constructing increasingly elaborate bridges. Poly Bridge 2 is set to launch on May 28; check out the announcement trailer below.