The Daily Moot: The Last of Us Part 2 Official Trailer

1. The Last of Us Part 2 Official Trailer 2. Total War Card Game   Creative Assembly’s massive strategy series Total War is branching out into the world of card games. Creative Assembly has just released its first trailer announcing Total War: Elysium, an upcoming free-to-play collectible card game. Although no official release date has been announced yet, we do know that the game will have a mobile launch first before making its way to PC. 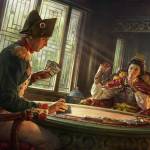 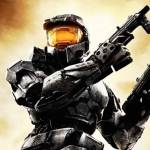 4. Mortal Kombat RoboCop   It looks like RoboCop will be joining the Mortal Kombat 11 roster. NetherRealm has just announced “Aftermath,” a new expansion for Mortal Kombat 11 which will introduce 3 new characters to the game: Fujin, Sheeva, and RoboCop. Check out the announcement trailer below.

5. Movie in Outer Space?   Tom Cruise and Elon Musk are apparently teaming up to shoot an action movie in outer space. NASA has confirmed that they are working with the duo to enable them to film a movie aboard the real International Space Station. NASA Administrator Jim Bridenstine explained that the decision to assist in the production was done in an effort “to inspire a new generation of engineers and scientists". 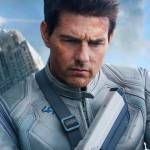 Tom Cruise, Elon Musk Reportedly Plan to Shoot an Action Movie in Space - IGN Tom Cruise is reportedly teaming with Elon Musk's SpaceX and working with NASA to make the first movie ever shot in space - because why wouldn't he? www.ign.com
SEARCH Moot POST