Happy Friday Vladimir Mootins! In this week's episode we talk about the highly-anticipated RPG Red Dead Redemption 2, which released TODAY for PlayStation 4 and Xbox One. As always, we also continue our search for the best gaming snack and reveal the Meme of the Week. Check it out! 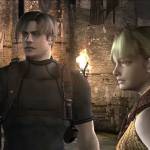 3. Black Ops 4 Blackout Streamer Tourney at TwitchCon Starts Tomorrow   TwitchCon started today, but the real fun starts tomorrow with a Black Ops 4 Blackout streamer tournament firing off at 12:30 pm PDT. Four streamers have assembled their squads and will battle it out in lobbies full of fans for part of a $250,000 prize pool. The four streamers are Ninja, Shroud, Courage, and DrLupo. We don’t advocate for betting, not that you could bet on something like this, but if we did we would tell you to pick Shroud’s team. See the action for yourself tomorrow on the Doritos Twitch channel. (Yes, you read that right.) 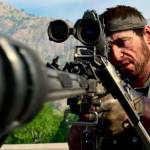 How to watch the Blackout Doritos Bowl Call of Duty streamer tournament You’ll even have a chance to play against the pros www.polygon.com

4. Halloween Returns to For Honor   Last year For Honor celebrated Halloween with the Feast of the Otherworld event. Well, it was popular last year so this year For Honor players get to experience the Return of the Otherworld starting today. Skeleton armies have returned to the game for players to fight off, as well as new challenges, quests, and rewards. There is also a man with a pumpkin for a head, if you’re into that kind of thing. For Honor Halloween event returns with skeletons and smashing pumpkin heads The Return of the Overworld is live for two weeks. www.pcgamer.com

5. ARK: Survival Evolved comes to the Switch Next Month   ARK: Survival Evolved is a popular survival game with an extra dinosaur twist. Back in March, the studio behind the game surprise-revealed they were working to port it to the Nintendo Switch. Now, they’ve revealed the game’s Switch release date as November 30th. We don’t know exactly what aspects of the original game will translate to the Switch port, but we know for sure it will include hunting, harvesting, crafting, farming, and base building. We also know there will be online multiplayer and a solo mode. 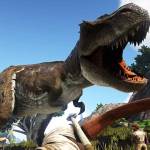