The League of Legends Mid-Season Invitational tournament has been cancelled. The second biggest League tournament of the year, MSI is the only international tournament before the World Championships. Although all of the individual leagues are playing remotely, online play isn’t feasible for a tournament like MSI as the ping between regions would be too much of an issue. There was hope that the Mid-Season Invitational would still go on after it was postponed from its original date until July, but it seems that Riot has simply decided to move on from the event entirely. 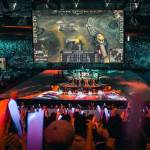 Riot cancels Mid-Season Invitational, announces changes to worlds Riot had previously announced that MSI would be postponed until the midsummer split, but travel restrictions have made that unfeasible. www.espn.com

2. Epic Weekly Freebies   The latest week of freebies from Epic Games is here. It seems that Epic is moving away from multiple titles per week for the time being as both this week and next week will only offer one free game. This week’s free game is For the King, a turn-based strategy RPG that features online co-op play. You can claim your free copy of For the King directly from the Epic Games Store. As long as you claim your copy before April 30, you’ll be able to keep the game forever. For the King is free on the Epic Games Store, Amnesia is up next It's back to one freebie a week for now. www.pcgamer.com 4. Xbox Series X Speed   Some new details about the Xbox Series X have been released, this time shedding light on the upcoming console’s impressive speed. Mike Rayner from The Coalition studios (best known as the developers of Gears of War) was able to share some of the console’s practical speed in relation to the Xbox One. For example, the Xbox Series X is able to load Gears 5 more than 4 times faster than the Xbox One without any changes to the game’s code. While this is just one specific type of test, this news should certainly encourage Xbox fans who are eagerly awaiting the console’s next generation. Xbox Series X Loads Gears 5 Four Times Faster Than Xbox One - IGN The Coalition's Mike Rayner gives a practical sense of how much faster Series X can be. www.ign.com

5. The Division 2 Demo   The Division 2 has just released a demo that will let players try out the first 8 hours of the game for free. The Division 2 has previously offered free weekends, but now interested players won’t have to wait around for one if they want to give the game a shot. Demo players will be able to level their characters up to level 8 and all progress will transfer over from the demo to the full game. 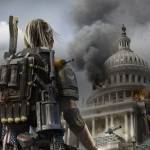 The Division 2 demo lets you play for free for up to eight hours No more relying on free weekends to see what it's all about. www.pcgamer.com
SEARCH Moot POST