The PlayStation 5 controller has been revealed! Nicknamed DualSense, the new controller features a two tone design with a blue LED trim around the touchpad. Not only does the DualSense look futuristic, Jim Ryan (president and CEO of Sony Interactive Entertainment) asserted that "the new controller, along with the many innovative features in PS5, will be transformative for games.” Sony also confirmed that the PS5 controller will have a headphone port so you won’t have to worry about buying a special headset like with the Xbox Series X. 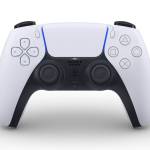 The PS5 controller looks like it should come bundled with an Alienware gaming PC Sony has unveiled the new PlayStation 5 controller, and it sure looks rather space-age. And familiar. www.pcgamer.com

2. Google Stadia Now Free   In what seems like a last-ditch effort to compete with Nvidia’s GeForce Now, Google Stadia is now free. As long as users have a gmail account, they can now sign up for the service and stream games in 1080p free of charge. Google is also offering 2 months of Stadia Pro for free, which currently includes games such as Grid, Destiny 2: The Collection, and Gylt. 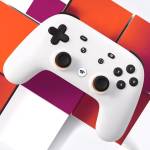 Google Stadia Free Starting Today, Pro Subscription Free for Two Months - IGN Google is offering two free months of its Stadia Pro subscription to anyone with a Gmail account in countries where Stadia is available. www.ign.com

3. Sea of Thieves Cats   Next week’s update, Ships of Fortune, is bringing cats to Sea of Thieves. There will be 3 different breeds of cats, the scruffy Wildcat, fluffy Ragamuffin, and slinky Mau, which will join monkeys and parrots as premium pets in the Pirate Emporium. The update will also allow players to become emissaries for their favorite in-game trading companies. As an emissary you can advance through 5 Grades by accomplishing tasks for your trading company. The Ships of Fortune update is expected to go live on April 22. 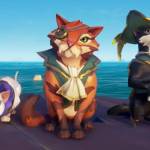 Sea of Thieves adding cats (in hats) and a new trading company in next update Ships of Fortune, coming later in April, will enable players to become Emissaries for their favorite companies. www.pcgamer.com

4. No Solos for Apex   Apex Legends has permanently added a duos mode but it doesn’t look like solos will get the same treatment. Electronic Arts put out a statement saying that a solos mode doesn’t align with the game’s underlying co-op elements. Furthermore, EA claims that when solos were temporarily added last year, it “negatively impacted the game, especially when it came to new player retention.” 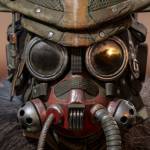 Apex Legends won't get permanent Solos mode because it 'negatively impacted' the game Duos mode is back to stay, but Electronic Arts said that Solos mode just doesn't work. www.pcgamer.com 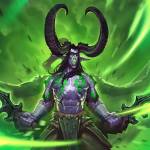 Hearthstone's big Ashes of Outland expansion is live The Year of the Phoenix brings the Demon Hunter class to the fight. www.pcgamer.com
SEARCH Moot POST