Deadpool has finally arrived! Hyped up since the beginning of Season 2 Chapter 2, Deadpool is now available in Fortnite. In order to unlock the Deadpool skin, you’ll need to complete 14 specific Deadpool challenges, the last 2 of which were released today. The Deadpool skin is available for free so long as you complete the challenges, but there are also some Deadpool-themed items in the shop that you can buy with V-bucks. Check out the official “Deadpool has Arrived” trailer below. Hearthstone's Demon Hunter prologue campaign is live Completing the campaign will unlock the new Demon Hunter class and get you some sweet new cards, too. www.pcgamer.com

3. Mixer Helping Streamers   Mixer has quietly decided to help out their streaming partners who may be struggling financially. The Microsoft-owned company decided to send their partners $100 each to support them during the pandemic, which could go a long way for those who have lost their normal jobs. Although Mixer hasn’t publicly mentioned the gesture, many partners have reached out on Twitter to thank the platform for the support. 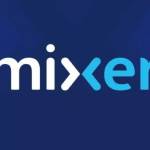 Mixer gives its streamers $100 to help them out during the pandemic The streaming platform sent the cash gift to all active partners. www.pcgamer.com

4. BAFTA Game Awards   The 2020 BAFTA Awards took place last night and the results were pretty surprising. Control and Death Stranding were expected to have big showing as both games had 11 nominations each, but each only walked away with 1 minor prize. The night’s biggest winner was Outer Wilds, which took home 3 awards including Best Game.