The official Fortnite twitter account just posted a picture we can assume is the last teaser before season 6 and it shows some sort of crazed werewolf figure. Just like the first two teasers, the werewolf is shown inside the cube which suggests we may not be done with 'Kevin' just yet. Make sure you're prepared for Season 6 tomorrow and be sure to max your Season 5 battle pass tonight! 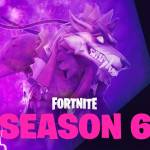 2. Xbox One Gets Mouse+Keyboard Support Next Month   Microsoft announced this morning they will finally allow mouse and keyboard support on Xbox One devices starting next month. The superior input system (sorry, our editor is biased toward PC gaming) will only be available on a game by game basis. Razer will create officially licensed Xbox mice and keyboards, although most wired or wireless USB keyboards and mice will work. 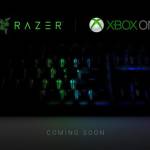 Xbox One is getting mouse and keyboard support next month The floodgates are opening. www.pcgamer.com

3. DiRT Rally 2.0 Announced   DiRT Rally 2.0 is launching February 26th, 2019 for PC and consoles. Dirt Rally is a popular rally racing game that originally released in 2015. The sequel will bring players to locations all around the globe to race in one of the most authentic video game racing experiences to date. Players can pre-order to unlock the Porsche 911 RGT Rally Spec or purchase the deluxe edition to start playing four days early. Arena of Valor, one of the world's most popular free-to-play games, is now available for Nintendo Switch! - Nintendo Official Site Build the ultimate team with your friends to crush your opponents in the hit MOBA game! Explore and command a roster of over 39 fearless heroes, with roles including Tank, Assassin, Mage, Support, Warrior and Marksman. First Blood, Double Kill, Triple Kill and all the features MOBA fans know and love will be included. www.nintendo.com

5. Sony Finally Introduces PS4 Crossplay for Fortnite   Sony is finally caving to the pressure and will start to let PlayStation 4 players experience unrestricted cross-platform play in Fortnite. PS4 players will now be able to play with and against people on Xbox One and Nintendo Switch. It is uncertain whether this will ‘unlock’ Epic Games accounts that have been linked to PSN accounts, but hopefully we will find out soon. 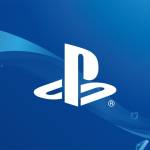 Extended Fortnite Cross-Play Beta Launches on PS4 Starting Today Following a comprehensive evaluation process, SIE has identified a path toward supporting cross-platform features for select third party content. We recognize that PS4 players have been eagerly awaiting an update, and we appreciate the community’s continued patience as we have navigated through this issue to find a solution. The first step will be an open beta beginning today for Fortnite that will allow for cross platform gameplay, progression and commerce across PlayStation 4, Android, iOS, Nintendo Switch, Xbox One, Microsoft Windows, and Mac operating systems. We see the beta as an opportunity to conduct thorough testing that ensures cross-platform play is best on PlayStation, while being mindful about the user experience from both a technical and social perspective. blog.us.playstation.com
SEARCH Moot POST