Happy Friday Deja-Moo(t) experiencers! In this week's episode of Moot Points, Brian is left alone to talk about how amazing the Marvel's Spider-Man game is. Brian also talks about what is coming soon to the Switch, rants about what makes him made, and tests yet another snack in search of the ultimate gaming snack. Enjoy!

2. Epic Games Reveals Fortnite Season 6 Launch Date   This morning Epic Games announced Fortnite’s sixth season will begin on September 27th. Fans of the game across the world have been speculating about the new season’s start date for weeks with many expecting it would come sooner. If you’re stressing to maximize your season 5 rewards, fret not! Epic Games also announced a bonus XP weekend starting now. Up through Monday morning players will receive FOUR HUNDRED PERCENT bonus match experience. 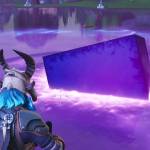 3. Old School Runescape Mod Fired for Stealing from Players   Earlier this year, an Old School Runescape player claimed a serious data breach caused him to lose 45 billion coins. While the vast majority of the community dismissed his claims, a small minority believed the user named ‘mazrim_lol.’ Well, earlier this week mazrim_lol and his believers were vindicated, as Jagex announced they fired an employee for stealing. The fired employee, Jed Sanderson, may face legal consequences for his actions. 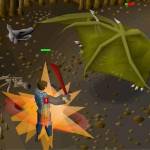 Jagex moderator fired for stealing 45 billion coins from Old School Runescape player (Updated) In total, over 100 billion gold may have been stolen. Jagex is now working with the police given the gold's real-world value. www.pcgamer.com

4. 80 Brand New ‘Super Mario Party’ Mini Games Revealed   Super Mario Party recently announced they would be adding 80 brand new mini games to their game, and today those 80 games were shown in their full glory! From bike races to Toad stacking, the new games seem to have it all. It is a very exciting time in the gaming world as many games are right on the brink of releasing, and Super Mario Party seems to be leading the pack (or close to it). Check out all 80 new mini games at the link below while you wait for the game’s October 5th release date. 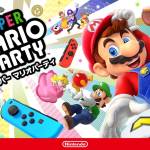 5. New Black Ops 4 Zombies Trailer Featuring Avenged Sevenfold   Treyarch just released an official trailer for the Zombies mode in their upcoming title Call of Duty: Black Ops 4 and it is a bit unique. The new zombies trailer features Avenged Sevenfold in what is effectively a music video that just happens to show some Zombies gameplay. The trailer shows off the Roman colosseum arena we saw when Zombies was first revealed back in July. Make sure you check out the trailer to get hyped for Zombies, which comes out with Black Ops 4 on October 12th. 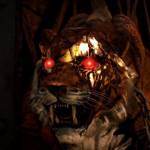 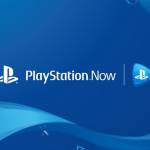 PlayStation Now Adds Downloading of PS4, PS2 Games We are excited to announce that starting today, you will be able to stream as well as download PlayStation Now games to your PS4 system so that you can play both locally and offline, all with a single subscription. blog.us.playstation.com