After a week or so of speculation, the news is finally here; Geralt from The Witcher is officially doing a crossover with Soulcalibur 6! The news broke this morning in the form of a trailer that show Geralt in all of his glory showing off his sword skills and magic. Geralt will be voiced by the original voice actor, Doug Cockle, and is set to look even better than he has in the past. It makes perfect sense to put Geralt in the Soulcaliber franchise which is filled with old timey aesthetics and magic. Fans everywhere should be genuinely excited for this release! 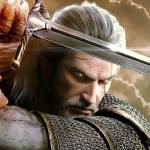 Geralt From The Witcher Confirmed as Soulcalibur 6 Character - IGN Get your first look at Geralt in a new context inside. www.ign.com

2. Ninja’s Star Studded Streaming Crew Breaks Record   Ninja once again streamed Fortnite last night to a couple hundred thousand people, which is nothing new. What is new, is the fact that he was streaming with Drake, Travis Scott, and Juju Smith-Schuster, and broke the viewing record with over 600,000 live viewers! A record that was set a few weeks back upon Dr. DisRespect’s return with 480,000 viewers, was absolutely obliterated by Ninja last night. Ninja is officially the face of Twitch and can be crowned the best player in Fortnite. I think it is now official that PUBG will never catch up to Fortnite ever again. 3. Ark: Survival Evolved is Coming to Mobile   The dinosaur survival game, Ark, is making its way to the mobile industry for iOS and Android devices. There is no specific release date for the game but it is expected to roll out sometime this Spring. The game is expected to bring the full online dinosaur-survival experience, similar to the PC and console version. It seems every game is making their way to mobile, Ark is just one of the many. Ark: Survival Evolved is coming to mobile as a free-to-play title Tame dinosaurs, explore an island and team up on iOS or Android www.polygon.com

4. Attack on Titan 2 is Brutal   Attack on Titan 2 is a game filled with naked man eating giants trying to get rid of the human race as a whole; it is brutal. Obviously this game takes after one of the greatest animes of all time, Attack on Titan, and it does a great job of letting you play through the story. It is an exciting and vibrant environment which comes with the highest of high and demoralizing lows. If you are fan of the show, you will definitely love the game which will soon be available on March 20th. 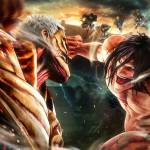 Attack on Titan 2 Is As Brutal As The Show And A Bit More Personal Attack on Titan is about the last remnants of humanity trying to defeat the mindless, man-eating giants that ravage their world. It’s not really the kind of show where you fantasize about living in that universe. Still, Attack on Titan 2 lets you live out your dreams of being buddies Eren Jaeger and his pals, if you have them. kotaku.com

5. Narcos Video Games Announced   Curve Digital officially signed with Narcos to bring Pablo Escobar’s drug filled antic to consoles and PC. Narcos is a Netflix original tv show with an incredible story line which will hopefully make a wonderful video game. It will be interesting to see what kind of game the developers will turn this into. Will you guys be buying? Narcos Video Game Announced - IGN The Netflix series is getting a video game adaptation for PC and consoles to release in spring 2019. www.ign.com
SEARCH Moot POST