Call of Duty: Warzone is here! The standalone battle royale game is free-to-play for everyone, even if you don’t have Modern Warfare. Unlike most battle royales, Warzone will have 2 different game modes. The first is the standard battle royale experience where gas closes in and the last player standing wins. The second mode is called Plunder, and is all about looting and stealing cash in an effort to be the richest player. Both modes take place on a new 150-player map called Verdansk. Call of Duty: Warzone launches tomorrow; check out the trailer below!

2. Fortnite Duos Champion Series   A new competitive Champion Series has been announced, this time featuring duos! Think you and your partner have what it takes to come out on top? There are plenty of prizes up for grabs and the first "training simulation" starts on March 13. If you don't have a duo partner yet, be sure to head over to the Fortnite lounge to find the perfect teammate for you. Check out the announcement video below for more details on the FNCS.

3. Epic Games and GeForce Now   Tim Sweeny, CEO of Epic Games, just released a statement saying that they are “wholeheartedly supporting” Nvidia’s GeForce Now. Considered to be the best cloud-based streaming service on the market, GeForce Now is thought by many to be the Stadia killer. Epic’s recent statements only make this argument stronger, as it confirms that Epic exclusive games will be available on GeForce Now. 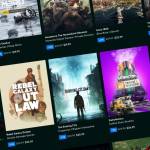 Epic is "wholeheartedly supporting" GeForce Now Even Epic exclusives will be accessible on the streaming service, at the individual publisher's discretion. www.pcgamer.com

4. SXSW Cancelled   For the first time in 34 years, the popular music, arts, and entertainment festival SXSW (South by Southwest) has been cancelled. Like many other events this year, this cancellation is in response to growing concerns about the Covid-19 coronavirus. The determination didn't come from event organizers, but rather the host city of Austin, Texas. No word yet on whether or not they will try to reschedule.

SXSW Canceled Due to Coronavirus Concerns - IGN SXSW, the annual Austin music and arts festival, has been canceled over concerns about coronavirus. www.ign.com

5. Amnesia Sequel Announced   After months of teasing, a sequel to Amnesia: The Dark Descent has finally been announced. The new game will be called Amnesia: Rebirth and will follow Tasi Trianon as she gets chased through a haunted version of Algeria. As with the first game, Amnesia: Rebirth will be a first-person experience where you’ll have to escape and hide from the horrors that want you dead. Amnesia: Rebirth is set to launch in autumn of this year. Check out the trailer below.