The Daily Moot: Ghost of Tsushima!

Ghost of Tsushima finally has an official release date! The highly anticipated PS4 exclusive will arrive on June 26 and is available for pre-order now. There are several editions of the game, starting with the Standard Edition which will cost $60, all the way up to the Collector’s Edition which is available for $170. Although it’s pretty expensive, the Collector’s Edition comes with a ton of awesome stuff, including a Sakai Mask, a 48-page art book, a war banner, and plenty of in-game goodies. Are you hyped are you hyped? 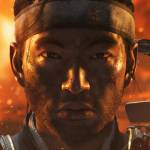 2. GameStop's Massive Changes   After suffering over $1B in losses over the past 2 years, GameStop is trying to change things up. Long known as the gaming retail store where players could trade in their old games, GameStop has been struggling in the era of digital game sales. After efforts to sell the business failed, GameStop has decided to try a different approach. Starting with a series of experimental stores, GameStops are being converted into social gaming spaces. This includes everything from couch co-op setups, to esports tournaments, to coding classes. Will this be enough to save GameStop? Only time will tell, but it’s clear that they need to do something before it’s too late. 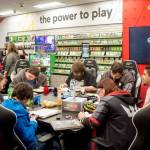 How GameStop Plans to Save Itself - IGN GameStop COO Frank Hamlin details all the ways GameStop is experimenting with live events and experiences amidst dwindling profits and the growth of digital game sales. www.ign.com

3. The Last of Us Movie Cancelled   The Last of Us Movie, which was first announced back in 2014, has been cancelled. Progression of the project stalled in 2016 and Sony has been relatively silent about the movie ever since. It seems that Sony is now targeting their sights on an HBO series for The Last of Us rather than a movie. Neil Druckman is set to write the script for the series alongside Cheronobyl creator Craig Mazin. 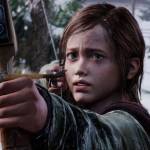 The Last of Us movie reportedly cancelled to make room for HBO series The Last of Us is still getting an adaptation, but seemingly of a different form www.gamesradar.com

4. New Star Wars Game   A new Star Wars game called Star Wars: Project Maverick has been announced. Interestingly, the game was leaked via a Twitter bot which reports on new PlayStation 4 releases. As such, there really aren’t any concrete details about the game yet, but we do know that it is in development by EA Motive and has been described as a “smaller, more unusual game.” 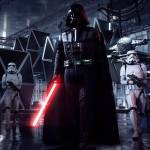 5. More Half-Life Games in the Works?   Half-Life: Alyx is just around the corner, finally ending the 12-year Half-Life drought. While fans are undoubtedly eager for Alyx, it appears that there may be even more Half-Life games in the works. In a recent interview, Valve’s Robin Walker said “We absolutely see Half-Life: Alyx as our return to this world, not the end of it.” While this statement doesn’t offer anything concrete, it’s certainly good news for long-time Half-Life fans. Half-Life: Alyx comes out on March 23. 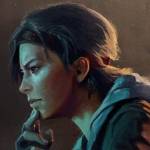 Valve says Half-Life: Alyx is 'not the end' of its return to the series Robin Walker hints strongly that Valve is serious about Half-Life again. www.pcgamer.com
SEARCH Moot POST