1. Project A May Have a Name Riot Games’ upcoming CS:GO successor known only as “Project A” may finally have a name. According to recent trademark filings and domain registrations, it appears that the upcoming first-person shooter will likely be called “Valorant.” Although the public hasn’t received many details about the game, private playtesters and current Counter-Strike professional players have all highly praised the game, calling it the best FPS since CS:GO. 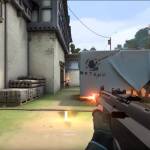 2. Rainbow Six Siege Colorblind Mode   After 4 years of complaints, it seems that Ubisoft is finally adding a colorblind mode to Rainbow Six Siege. At the Rainbow Six Invitational 2020, art director Alex Karpazis said that the studio is currently “working on something” to help colorblind players. This is in contrast to a 2019 statement in which Ubisoft said they had no plans to add a colorblind mode. While Karpazis’ new statement is encouraging, it didn’t offer any concrete details so it might be awhile before we see any changes go live. 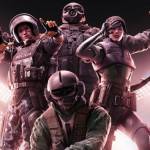 3. New Shovel Knight Spin-Off   Shovel Knight developer Yacht Club Games has announced a new Shovel Knight spin-off. The new game is called Shovel Knight Pocket Dungeon but it’s not even remotely similar to the critically acclaimed game from which it takes its namesake. Yacht Club Games has mentioned that players should expect to see familiar faces in the new game, with many major bosses making an appearance. As far as gameplay is concerned, it appears the new game is somewhat similar to a match-3, but we’ll have to wait until the game debuts at PAX East this weekend in order to fully understand its mechanics. 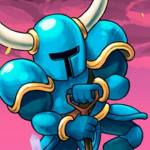 4. Teamfight Tactics Galaxies Update   The latest update to Teamfight Tactics is on the way. Called “Galaxies,” the new update will introduce 3 new origins: Star Guardians, Cybernetics, and Mech-Pilots. Like the previous season “Rise of the Elements,” it is expected that Galaxies will offer a complete overhaul of the game, with completely new champions, abilities, and synergies. Although Riot hasn’t announced an official release date yet, it is expected that the new update will launch in mid-March alongside the release of TFT Mobile. 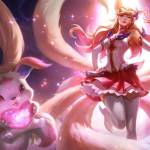 Teamfight Tactics' next update turns everyone into cyborgs and Sailor Moon Called Galaxies, this free update revamps the entire meta and is expected to be released alongside the mobile version in mid-March. www.pcgamer.com

P.S. Check out Rue’s Tried and True Review of Frost Punk below! 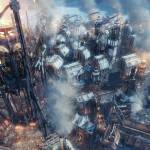 Indie Games - Tried and True: Frost Punk Frostpunk is an RTS amalgamation of so many things that make struggling in video games worth fighting through. Resource management, survival, city-sim, you’ve got it all here - and it does it wonderfully.   The idea behind Frostpunk is simple: Manage your resources, care for your citizens by providing them with food, shelter and a means to an end - honest work gathering resources to keep the cogs of your city turning. Lastly, you must manage the Discontent and Hope of the people you provide for. moot.us
SEARCH Moot POST