The Daily Moot: Bad News for The Last of Us Part 2 Over concerns of the Covid-19 coronavirus, Sony has decided to cancel their participation in the upcoming PAX East convention. While Sony’s absence will definitely be felt overall, fans will no doubt be most disappointed by missing out on The Last of Us Part 2. PAX East was supposed to provide the first opportunity for fans to get their hands on the game and demo it, but it appears that we’ll now have to wait until the game officially releases in order to play it. The Last of Us Part 2 is expected to launch on May 29. 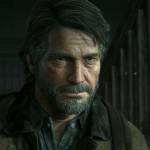 Sony Won't Attend PAX East Either Due to Coronavirus Concerns - IGN Sony has announced it will cancel plans to attend PAX East due to concerns over the coronavirus update. www.ign.com

2. Uncharted Film to Begin Shooting   After securing its seventh director in Venom and Zombieland’s Ruben Fleischer, the Uncharted movie is finally ready to begin shooting. First announced in 2009, the film has gone through a tumultuous history, so it’s great to finally have something concrete in the works. The movie will draw inspiration from Uncharted 4: A Thief’s End, but will explore the early years of Nathan Drake and serve as a prequel to the games. The Uncharted movie is expected to come out in 2021, and will star Tom Holland as Nathan Drake and Mark Wahlberg as Sully. 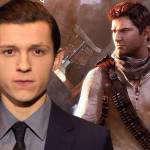 Tom Holland: Uncharted Movie Will Start Filming in 'Four Weeks' - IGN At Disney Pixar's Onward World Premiere, Tom Holland confirmed that the upcoming Uncharted film will take inspiration from Uncharted 4: A Thief's End and will have a "global" scope. www.ign.com

3. EVE Online Shooter Scrapped   After four years in development, developer CCP Games has decided to scrap their EVE Online FPS game dubbed “Project Nova.” Designed as an FPS spin-off of EVE Online, Project Nova was first announced over four years ago and was CCP Games’ second attempt at creating a shooter in the EVE Online universe. Despite two failed attempts however, it seems that CCP Games is considering trying one last time. It’s expected that the new project will be much more ambitious than the previous attempts, with a spokesperson saying, “We're continuing to develop our sci-fi multiplayer shooter game concept actively evolving it beyond the original scope for what was formerly codenamed Project Nova.” 4. No Man’s Sky Living Ships Update   The latest update to No Man’s Sky is bringing biological spaceships to the game. The free Living Ships update will allow players to hatch ships from eggs and nurture them into adulthood. Once the ships are adults, you’ll be able to fly them around like their mechanical counterparts. It definitely sounds strange but strange is pretty much the status quo for No Man’s Sky thus far. 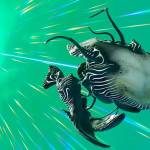 No Man's Sky update adds freaky living spaceships you can hatch from eggs Bizarre new points of interest have been added to solar systems in the Living Ships update as well. www.pcgamer.com

5. Desperados 3 Trailer   After missing its planned 2019 release date, Desperados 3 is now expected to launch this Summer. Desperados 3 is a Wild West tactical stealth game where Red Dead Redemption meets Shadow Tactics: Blades of the Shogun. The game will serve as a prequel to the series, taking place before the events of Desperados 1. Check out the trailer below.