According to Activision/Blizzard co-president Nick van Dyke, it appears that TV adaptations of Diablo and Overwatch are in the works. Although no formal announcement has been made, the info comes straight from Nick van Dyke’s LinkedIn page, which describes his work on the projects. There isn’t a lot of info about the upcoming Overwatch TV show, but we do know that Diablo will be in “anime-style” and will be distributed worldwide through Netflix. Who knows whether or not these shows will have the same success as other video game adaptations like The Witcher, but a Diablo anime definitely sounds awesome. 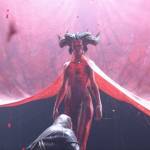 Diablo and Overwatch might be getting animated TV adaptations A LinkedIn post by Activision's co-president revealed both animated series but no official announcement has been made. www.pcgamer.com

2. Modern Warfare Battle Royale Details   Some new info about Call of Duty: Modern Warfare’s upcoming battle royale mode “Warzone” has been revealed. Most notable is that the mode will be available for free as a standalone version, meaning that you can play the battle royale even if you don’t own Modern Warfare. Although the source for the new info is apparently straight from the US development team, these leaks (as with all leaks) should be taken with a grain of salt, as anything could change between now and launch. Barring any unanticipated delays, Warzone is expected to be released sometime in early March. 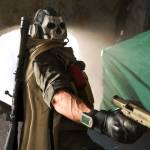 Call of Duty: Modern Warfare's battle royale mode apparently launches in March Sources say it will have a free standalone version too. www.pcgamer.com

3. Siege’s Clash Likely Getting Reworked   As part of its new direction for Rainbow Six Siege, Ubisoft is planning to rework existing operators rather than release new operators. Starting in Year 5 and Year 6, Ubisoft will only be releasing 1 new operator each season instead of 2. Game director Leroy Athanassoff said that this is because they want to focus efforts on improving the current game state, both in core gameplay and in re-inventing current operators. Number 1 on the list for reworks appears to be Clash, which Athanassoff described as “problematic.” He went on to mention that they “have issues with shields right now” in general, and described shield operators as “super frustrating.” No word yet on what this means for other shield operators like Montagne and Blitz, but it's clear that Clash is their top priority right now. 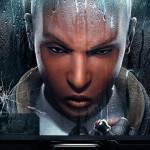 Rainbow Six Siege director says Clash is a 'top candidate' for a rework Amaru buffs are also in the works. www.pcgamer.com

4. Sonic Movie Dominates Box Office   The Sonic the Hedgehog movie dominated the box office on its opening weekend, raking in $57M domestically. This far exceeded expectations as the movie was only predicted to make around $40M. The Sonic movie has earned well over $100M worldwide, making it the most successful video game movie of all time. Sonic’s success likely means we’ll see more video game movies in the future; which games would you want to see on the big screen? 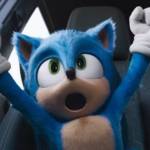