Ubisoft just put out an awesome new trailer revealing the two upcoming Operators for Rainbow Six Siege, Iana and Oryx. Iana comes from a long line of engineers and is currently holed up at a space station. Oryx is a muscle-bound juggernaut who was KaidвҖҷs second-in-command at the Fortress. Unfortunately todayвҖҷs trailer is just a small teaser, but we can expect to get more details on Saturday at the Rainbow Six Siege Invitational. Check out the trailer below!

В  2. PUBG Team Deathmatch В  In a world where every shooting game seems to be adding a Battle Royale mode, PUBG is now doing the opposite. As part of its 6.2 update, PUBG is adding an 8v8 Team Deathmatch mode to the game. The new mode is first-person only, and features 8 different Spawn Kits (loadouts) to choose from. PUBGвҖҷs Team Deathmatch is now live on the Test Servers; give it a shot and let us know what you think! 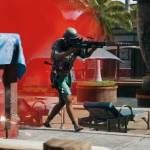 PUBG is getting an 8v8 team deathmatch mode It'll roll out with update 6.2. www.pcgamer.com

В  3. Epic CEO Condemns Loot Boxes В  During his keynote speech at this yearвҖҷs DICE Summit, Epic Games CEO Tim Sweeny condemned the implementation of loot boxes and pay-to-win monetization strategies. He emphasized that the industry needs to regain the trust of their audience and move away from a вҖңcustomer adversarial model.вҖқ ItвҖҷs great to hear one of the most powerful names in gaming criticize pay-to-win systems; maybe this will be the catalyst the industry needs in order to re-emphasize focus on game quality rather than on cheap, exploitative monetization strategies. Epic CEO Tim Sweeney condemns loot boxes, says game companies should 'divorce themselves from politics' In a wide-ranging keynote at DICE, Sweeney said that it's time for the game industry to move away from both. www.pcgamer.com

В  4. Sonic the Hedgehog: The Movie В  ItвҖҷs been an awfully long wait but the Sonic the Hedgehog movie is finally here! ItвҖҷs safe to say that this version of Sonic looks much, much better than his original animation design. Critics so far have been lukewarm towards the film, with many praising Jim CarreyвҖҷs performance as Dr. Robotnik. Although the movie officially launches tomorrow, many theaters are beginning to show the film today, so check your local showtimes if you want to be one of the first to see it. 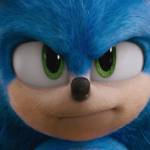 В  5. Pokemon Sword and Shield Crashes В  Trainers around the world have been experiencing game crashes on Pokemon Sword and Shield while trying to access online features. It appears that the issue is being caused by modders who have been introducing hacked Pokemon into the Poke-ecosystem. This has mostly been an problem for the Surprise Trade feature, which has made innocent players unwittingly receive hacked Pokemon. The issue doesnвҖҷt seem to be a major concern because it isnвҖҷt affecting save data, but players are understandably frustrated by the game crashes considering itвҖҷs completely out of their control. 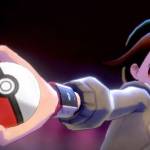