Apex Legends just released one final hype trailer in anticipation for Season 4! With a little mix of backstory and gameplay (as well as some shameless battle pass promotion), the new trailer gives us our first glance at Revenant’s abilities and voice lines. Check out the trailer below; Season 4 Assimilation starts tomorrow! 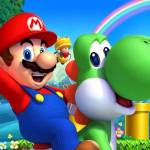 Mario Creator Explains Why He Approved Another Movie - IGN Shigeru Miyamoto has explained why he wanted to make another Mario movie and why he thinks Nintendo should turn more of its games into movies. www.ign.com

3. Wizards of the Coast RPG   Wizards of the Coast, best known for Magic: the Gathering, just announced that a new sci-fi RPG is in development. The currently untitled game will be produced by Wizard’s of the Coast’s new gaming studio Archetype Entertainment. They haven’t released a lot of details yet, but we do know that the game will be a “story-driven epic,” and will have a heavy emphasis on player choice. 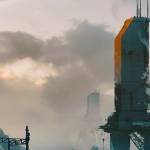 Warcraft 3 Reforged has the lowest user score for a game on Metacritic With a current score of 0.5. www.pcgamer.com
SEARCH Moot POST