Streamers seem to be having a mass exodus from Twitch and it’s not hard to see why. Although Twitch remains the biggest live-streaming service for gaming, competitors are offering huge contracts to streamers in an attempt to poach them. Shroud, Disguised Toast, and Valkyrae are just a handful of the streamers who have left Twitch. Here’s the crazy part: they all went to different services: Mixer, Facebook Gaming, and YouTube, respectively. As the competing platforms all vie for the biggest names in streaming, the result is some insane contracts with top stars like Shroud and Ninja raking in up to $30M with their deals. Sounds like it’s a good time to be a streamer. 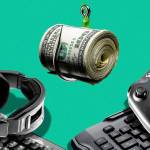 Gaming's biggest names are ditching Twitch for $10 million contracts When Jeremy Wang started streaming on Twitch in 2016, he was an unknown twenty-something with a few coding internships under his belt. Almost no one knew his name or what he looked like. The latter, at least, was by design: Wang, now 28, initially wore a mask everywhere — whether playing video games at competitive events or streaming from a closet while visiting his sister in New York. www.cnn.com

2. Xbox Boss Says Frame Rate > Resolution   Xbox boss Phil Spencer has reinforced Xbox’s commitment to maximizing frame rates even if it means a decrease in resolution. Although he’s made similar comments in the past, Spencer said of the upcoming Xbox Series X, “The feel of the games [is] definitely something that we wanted to have more focus on, not just throwing more pixels on screen.” While high-resolution gaming certainly seems to be the focus for most companies (PlayStation announced 8k compatibility with the upcoming PS5), it appears Xbox is taking the complete opposite approach. Which do YOU think is more important: frame rate or resolution? 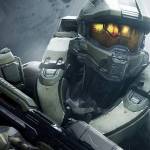 3. Pokemon Home Details Revealed   Pokemon Home is coming next month and we finally have some more details about the new service. Pokemon Home is an app designed to connect and manage all of your Pokemon needs across games and platforms. An evolution of Pokemon Bank, the new app will allow players to trade, move, and store Pokemon of different games all in one place. Pokemon Home will be available on Switch and Mobile, and will be a subscription-based service starting at $3/month or $16/year. 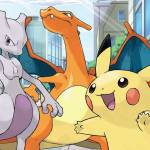 Pokemon Home Pricing Details Revealed - IGN Pokemon Home will have a free version and Premium version that unlocks new features. The differences between the smartphone and Nintendo Switch versions have also been outlined. www.ign.com 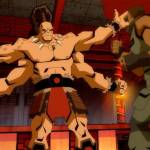 P.S. Our very own Rue just made an awesome new review for you! Check it out below and be sure to follow him for more! 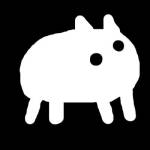 Moot: Indie Games - Tried and True: Baba Is You Warning: Videos below contain solutions to 2 early puzzles in-game, to provide visual examples of game mechanics. If you do not want any solutions spoiled, don’t watch the videos! moot.us
SEARCH Moot POST