Apex Legends just revealed its upcoming new character named Forge! A five-time Hyper Fighting Federation champion, Forge is a brawler with a huge robotic left arm. Although his abilities are still unknown, Respawn described the new character as having “a mean left hook,” so you can expect his robotic arm to play a significant role. Forge will launch alongside the start of Season 4 which begins on February 4.

Apex Legends reveals its 12th character, Forge, and he is ripped Forge is coming to Apex Legends on February 4 www.gamesradar.com

2. GTA Online New Car   GTA Online goes off-roading this week, with the release of the all-new Nagasaki Outlaw. The latest addition to the Casino Cars, the Nagasaki Outlaw is an off-road buggy with a protective roadcage, encouraging players to use the vehicle for some next-level exploring. Test it out in Overtime Rumble, where you can get double rewards for a limited time. If you were hoping for something more race-ready, the Progen Emerus supercar is available through the Lucky Wheel Podium this week. GTA Online patch notes: An off-road vehicle and Double Rewards in Overtime Rumble Plus an Ammu-Nation sale and even more discounts www.gamesradar.com

3. New Hearthstone Heroes   Hearthstone Battlegrounds just got two new heroes in a recent update. The first is Tirion Fordring whose ability costs 1 mana and gives minions with no minion type +1/+1. The second new hero is Millhouse Manastor, whose ability is a passive where your minions cost 2 Gold, refresh costs 2 Gold, and you start with 2 Gold. Try out the new heroes and see if you can come out victorious in the Battlegrounds! 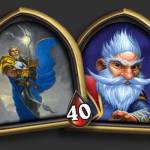 Hearthstone Battlegrounds gets new heroes: a good one, and a less good one Tirion Fordring and Millhouse Manastorm join the fray, while Sir Finley Mrrgglton leaves to figure out how not to suck. www.pcgamer.com

4. Vermintide 2 Update   Vermintide 2 just got a huge update today, releasing the first chapter of Curse of Drachenfels. In the first chapter, players will be returning to Castle Drachenfels to investigate the disappearance of Grey Mountain villagers. The remaining 2 chapters will be released later on in Season 2, and all 3 chapters will be completely free. The update also introduced a new in-game store called Lohner’s Emporium of Wonders which sells cosmetics in exchange for in-game currency. Currently the store only offers hats and hero skins, but expect more cosmetics to be added over time. Vermintide 2 heads to Castle Drachenfels and opens its in-game store It's not become more welcoming since the last time. www.pcgamer.com

5. Dishonored Tabletop Edition   Courtesy of Modiphius Entertainment, Dishonored is the latest video game to be turned into a tabletop RPG. Unlike the Dishonored video game where players assume the role of an assassin, the tabletop version will let players choose other careers such as workers or explorers. The game will launch with a 300-page book, introducing the Empires of the Isles and the Void and providing a four-act campaign set in Dunwall. The Dishonored Roleplaying Game is expected to launch this summer.

Dishonored is being turned into a tabletop RPG Return to Dunwall this summer. www.pcgamer.com
SEARCH Moot POST