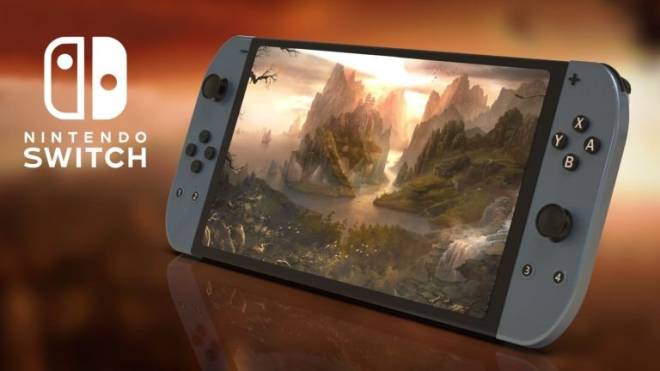 A new Nintendo Switch is reportedly starting production with a target release date of mid-2020. According to rumors, Nintendo will be making 2 new variations of the Switch, with the currently available Switch model serving as a bridge between the two. One will be a budget model dubbed the Switch Light, which will focus more on the traditional handheld format. The other model will be a premium variant called the Switch Pro, which will have “enhanced features targeted at avid videogamers.” Of course, these are still just rumors so we’ll have to wait for the official Nintendo announcement before we can get any concrete details. New Nintendo Switch production rumored to start as soon as April With a mid-2020 release www.techradar.com

2. Dota Underlords Falling into Oblivion   Things aren’t looking too good for Valve’s Dota Underlords. The peak player count has dropped more than 90% since the game officially launched 6 months ago. While the autobattler genre has declined in general, competitors such as Riot Games’ Teamfight Tactics are still maintaining strong player counts. It seems Valve is striking out lately, first with colossal failure of their digital collectible card game Artifact, and now with Dota Underlords. Let’s hope they can turn it around with Half-Life: Alyx. 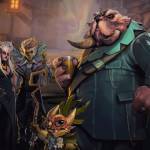 3. Cyberpunk 2077 Action Figures   The game might not be here but the merch sure is. Crafted by McFarlane Toys, the all-new Cyberpunk 2077 action figures represent the latest edition of Cyberpunk merchandise. There are 4 different variants available, including Male V and Keanu Reeves’ Johnny Silverhand. The action figures come with plenty of accessories, ranging from guns, to sports bags, to guitars. The figures themselves all have at least 22 moving parts, enabling you to customize them to heart’s desire. You can pre-order the figures starting today, with the first batch expected to ship this Spring. 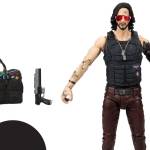 Cyberpunk 2077 action figures include miniature Keanu Reeves Get your very own 7" or 12" customizable cyberhunk www.gamesradar.com

4. Origin Releases “Big O” PC   Ever wanted to play your PC and your console at the same time? Well now you can. Origin PC just released their new “Big O” model which contains a console inside of a gaming PC. You can choose between the PS4 Pro and the Xbox One S. While you could, hypothetically, play a console game and a PC game simultaneously, the main draw of the Big O is that it allows you to play console exclusives on a PC. This makes it easy for content creators to stream console exclusive games and it also means you can crank up the game specs to their maximums. 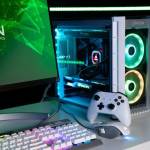 There’s a console inside this PC and you can play both at once if you’re Goro Origin PC is ready to give platform-agnostic gamers the Big O, a liquid-cooled desktop with a PS4 Pro or Xbox One S tucked inside. www.pcgamer.com
SEARCH Moot POST