1. Deadpool 3 is in Production Deadpool fans rejoice! Ryan Reynolds just confirmed that Deadpool 3 is in production! Many fans were concerned about the future of the R-rated franchise after Fox and Marvel Studios were acquired by Disney who is known for their family-friendly content. There is no official release date for Deadpool 3 yet, but apparently “the whole team” at Marvel is currently working on the project. It’s time to get hyped! Deadpool 3 Is In Production, Ryan Reynolds Confirms Deadpool star Ryan Reynolds has officially confirmed that Marvel Studios is working on a third installment to the mainline Deadpool film series. www.gamespot.com

2. Epic’s Weekly Giveaways Continue   Today is the final day of Epic Games’ 12 Days of Christmas and they’re ending it with a bang! While all of the games they have given away have been great, today’s game, Yooka-Laylee and the Impossible Lair, is by far the newest as it just launched a couple months ago. Fans were concerned that the 12 Days of Christmas would mark the end of Epic’s weekly giveaways but you can rest assured that the weeklies will continue (at least for now). From January 1-9, Epic will be giving away 2 free games, expected to be Darksiders 2 and STEEP. 3. Pokemon Go Hatchathon   Pokemon Go has been going non-stop with events and they’re showing no signs of slowing down. Starting January 2nd, the Hatchathon event gives bonuses to all things eggy. During the event, you’ll be able to earn extra Stardust, Rare Candies, and Unova Stones. You’ll also have the chance to hatch special Pokemon, such as party hat Pichu and Wurmble from 2km eggs. For a limited time, party hat Pikachu can be encountered in the wild, with party hat Raticate and Wurmple appearing in two-star Raids. 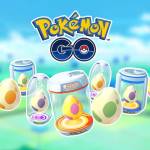 4. G-Man Returns   For the first time in 12 years, Half-Life’s mysterious G-Man speaks. Mike Shapiro, the voice actor for G-Man, posted a short, creepy monologue as a teaser for the upcoming Half-Life: Alyx. Much like the man himself, the speech is cryptic and shrouded in mystery. Check it out below: 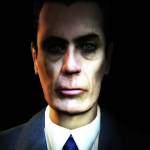