What is up Moot Squad?! It is Friday and we are back with THE BEST episode of Moot Points with Dylan & Brian to date! You don't want to miss this one as we discuss Fortnite coming to Android, as well as what we expect from Red Dead Redemption 2 after their HOT new gameplay trailer. Stay beautiful Moot Family and have an amazing weekend! 😊

2. Spyro Reignited Trilogy Pushed Back   The highly anticipated remastered version of Spyro has been pushed back all the until November 13th. The game was supposed to be released on September 21st but due to some setbacks, and the developers wanting to get everything perfect, it will have to wait a bit longer. The head of Toys for Bob (the studio behind the game), Paul Yan, stated the game needs “more love and care” and he knows once the game is released “the extra time [will be] worth the wait.” Team Moot is very excited for the upcoming game, are you guys? Let us know in the comments! 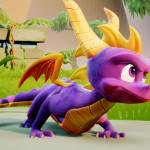 3. PUBG’s Newest Event Mode   The newest event mode for PUBG is supposed to bring back the loot and rules from the games early access phase, back when the game was at its peak of popularity. A big part of this game mode will be the ability to “find level 3 helmets throughout the map, and the Kar98k and Tommy Guns in care packages,” according to IGN. The new event mode is currently available to play and will end on August 19th at 7PM PDT. Click the link below to see the full details of the new game mode! 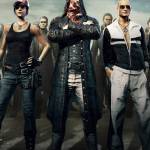 4. Warframe Adds New Fighting Mode   Digital Extremes’ popular third person shooter game, Warframe, received a brand new Street Fighter inspired game mode called Frame Fighter. Choose from a wide variety of fighters all with unique abilities and upgrades and fight your way to victory. The game mode looks like a new and fun alternative to the already successful game. Will you be trying it out? 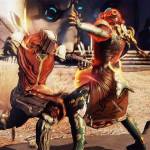 5. Mad Machine Looks Like Robot Rocket League   Is Mad Machine the new Rocket League?! Probably not… However, it does look eerily similar and could be a popular alternative to the widely popular car-soccer game, Rocket League. In Mad Machine you play as sporadic robots who go head to head with other machines in a game of robot soccer. The gameplay looks upbeat and exciting, and it could prove to be a widely accepted game! Check out the link below to see for yourself. 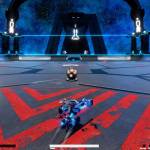