Twitch vs Mixer is the REAL Modern Warfare! The sequel to Ghost Recon Wildlands, Ghost Recon Breakpoint, was expected to be an astonishing game set to compete for one of the best game of 2019. However, that certainly was not the case. After an immense amount of negative feedback from the community, Ubisoft is now admitting that their game is a hot mess. From bugs, to boring story, to unsatisfying endings, Ghost Recon Breakpoint missed the mark big time. Hopefully the studio comes together and attempts to revive the game with so much promise! 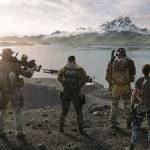 2. Modern Warfare Released – First Patch Notes   Call of Duty Modern Warfare released today (technically last night) and it has been a huge hit. Besides the initial server delays due to too many users trying to log on at once, the game has been great and they have already released their first patch notes. It’s great to see the developers listening to the community’s feedback and making swift changes. Check out the link below for the full patch notes! 3. Cast Your Vote for Golden Joystick Awards   The Golden Joystick Awards are set for November 15th and it is time for you to cast your vote! As members of the gaming community it is important we all vote and have our voices heard. A bunch of incredible games are up for a plethora of awards – it should be a fantastic awards show! 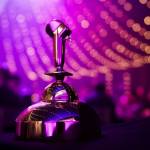 Vote now for your Ultimate Game of the Year in the Golden Joystick Awards 2019 It’s up to you to decide who this year’s big winner will be www.gamesradar.com

4. Monster Hunter World: Iceborne Coming to PC on…   …January 9th, 2020! The much anticipated release came to Xbox and PS4 earlier this year and has had some success. There are a handful of improvements and new features coming to the PC version of the game, check out the link below for the full list! 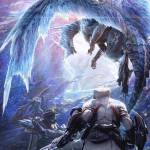 5. Google Opens First Gaming Studio for Stadia   Google recently announced that they are opening a first party game development studio in Montreal specifically for the Stadia. In the announcement, Google states they “will produce exclusive, original content across a diverse portfolio of games in all your favorite genres.” Although the delivery of the actual Stadia to your front door may delayed, it is certainly going to shake up the gaming world when it eventually arrives in November! 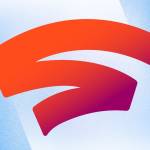