Call of Duty: Mobile is a free version of the popular first-person shooter franchise, available now on iOS and Android. Although the game just released this week, 20 million players have downloaded it already. CoD: Mobile uses maps, modes, weapons, and characters from across the Call of Duty franchise. The mobile game is developed by Tencent, the massive Chinese gaming company that developed PUBG Mobile plus figuratively millions of other successful mobile games, so it is not surprising to see it succeed. 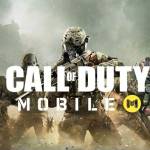 Call of Duty: Mobile has already been downloaded over 20 million times Today, the statistical firm Sensor Tower — which tracks mobile downloads — said that Call of Duty: Mobile has been downloaded 20 million times so far, and users have already spent $2 million in microtransactions. Surprisingly, the game is incredibly popular in India because that accounts for 14 percent of the installs. The United States is only at 9 percent. www.windowscentral.com

2. Overwatch Director Says Super Smash can have Anyone   Overwatch is finally releasing on the Nintendo Switch later this month. With a big release on the Switch comes some serious questions like “what took so long?” and “when will one of your characters be in a Nintendo game?” We may never get an answer to the first question, but the second question sounds like it should be more about “which character” instead of “when?” Jeff Kaplan, Overwatch’s director, said Nintendo can have “whatever character [they] want.” Tracer is the character most people are discussing. What Overwatch hero do you think would be the best fit for Super Smash Bros? 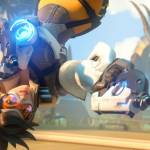 Super Smash Bros can have 'any single one' of the Overwatch roster, director says Especially Tracer. www.pcgamer.com

3. The Division 2 Hidden Boss Discovered   It took over two months before players found a hidden boss in The Division 2, and that only happened after developers dropped hints. The boss’s name is ‘The Agony’ and he was added back in July. The Agony is hiding inside the Manning National Zoo. There a couple steps you need to take inside the zoo to be able to fight The Agony, but by now there are several video guides that will help you out. 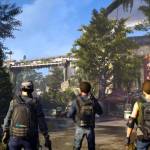 A hidden boss in The Division 2 went undiscovered for more than two months The Agony was only found because developers dropped some hints during the State of the Game livestream. www.pcgamer.com

4. New Death Stranding Trailer   With each trailer for Death Stranding we get more clarity about the game. Today’s trailer is short yet informative. Death Stranding is also a shining example of the value hiring real acting talent for your game. This trailer alone is bolstered by the weight of Norman Reedus’ voice acting. The trailer is only a minute long and it is awesome so just watch it, eh?