1. This Week's Lesson in Not Pre-Ordering! (Moot Points Episode 72)   Happy Friday, friends. In our video this week we talk about how Modern Warfare's Survival Mode Spec Ops missions will be exclusive to PS4 for a year and why that's NOT okay. There's also a ton of sweet news about Fortnite so it's not a completely depressing video, we promise!

2. New Apex Legends Map Coming October 1st!   This is not a drill! Repeat, THIS IS NOT A DRILL! There’s going to be a brand new Apex Legends map when Season 3 releases on October 1st. The map is called World’s Edge. World’s Edge is “where molten heat and chemical ice collide” and you can see it in the Season 3 Launch Trailer. The cinematic also shows Crypto interacting with some of the other Legends and is certainly worth watching.

3. Dauntless Launches out of Early Access   Yesterday Dauntless finally launched out of Early Access. The game’s 1.0 patch brings several sweet updates to Dauntless. There’s a new Season, a new Hunt Pass, a new weapon, and a new Dire Behemoth. There’s a new Bounty System to progress your Hunt Pass that should enable you to level it up by completing tasks you’re interested in. There’s honestly a ton more in the game’s 1.0, so just check out the link below, eh? 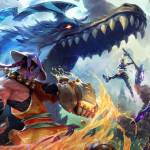 Dauntless 1.0 | Dauntless Dauntless graduates from Early Access with its official launch into 1.0. playdauntless.com

4. Naughty Dog Updates Us on Last of Us 2 Multiplayer   Yesterday we discovered The Last of Us Part 2 will be entirely single player. Some people, perhaps those who don’t own a PS4, may have been unaware that the original The Last of Us even had a multiplayer mode. It was called Factions and it was actually well liked. Well, it turns out the developers really liked Factions too. So much so, in fact, that they expanded upon it for the sequel to a point where they felt it would take away from the single player mode. Naughty Dog posted on Twitter yesterday evening to confirm they will *eventually* be releasing a new The Last of Us multiplayer experience, just not shipped alongside the upcoming game. 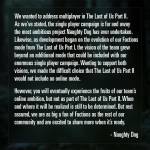 Naughty Dog on Twitter “An update regarding multiplayer:” twitter.com

5. Borderlands 3 Patch Nerfs KillaVolt   KillaVolt is one of the earlier bosses in Borderlands 3 and he has been rather miserable to battle against. Gearbox released a patch yesterday that will make the KIllaVolt fight much more manageable for players. The patch also introduces some quality of life adjustments and bug fixes. Check out the patch notes via the link below. 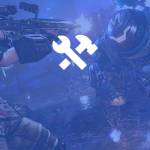 6. DreamHack Announces TWO Fortnite Tournaments   DreamHack will be hosting two separate Fortnite tournaments, one at DreamHack Winter this year and another at DreamHack Anaheim next February. Both tournaments will be open to all event attendees, and those who purchase a ticket for the ‘bring your own computer’ area are guaranteed a spot. Each tournament features a $250,000 prize pool and neither will be streamed. 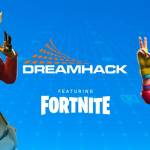 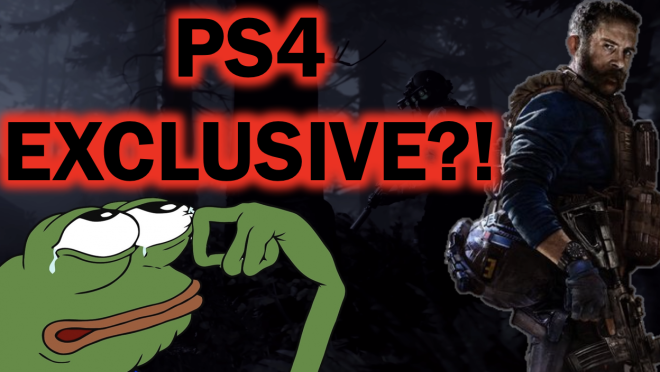