1. Crypto is Officially Revealed as Apex Legends’ Next Character Respawn has finally confirmed Crypto will be the next Legend to come to Apex Legends. They did so through a character origin trailer called “Forever Family” that is definitely worth the watch. Crypto’s thing is hacking, but we still don’t know what his actual abilities will be. Check out the trailer below and let us know how you feel about Crypto coming to Apex!

2. A Total War Saga: Troy Announcement Trailer   The Total War series continues with another Saga game focused on the battle of Troy and the war that surrounded it. The new game looks like it will be more historically focused than previous Total War games. There’s no set release date for A Total War Saga: Troy, but hopefully it comes out next year? Check out the sweet announcement trailer to get a better sense of this game’s flavor. 3. Twitch Acquires the Internet Gaming Database   The Internet Gaming Database (IGDB) is very similar to the Internet Movie Database (IMDB) that you may be more familiar with. The IGDB is a directory of information about games like genre, ratings, and more. Now that Twitch has acquired the IGDB they will be applying it to their own game directory. Previously, browsing games on Twitch has been less than perfect at best. Maybe it will be better soon? 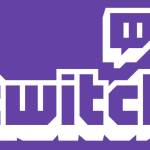 Twitch has acquired the Internet Gaming Database With the IMDB of games behind it, Twitch might be easier to search now. www.pcgamer.com

4. Some Toxic Dota 2 Players Been Banned for 19 Years   Valve is re-focusing their Dota 2 efforts on competitive integrity and ranked matchmaking quality, which is bad news for cheaters. Yesterday, a massive wave of bans hit players that had been regularly reported by other players. Many of these banned users have been banned for at least 19 years. Valve also had this to say in their description of the ban wave: “Users that reach this low level of behavior in the game are too big of a tax on the rest of the community and are not wanted." You have to love when companies shoot straight. 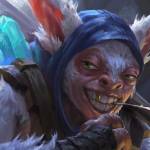 Toxic Dota 2 Players Are Being Hit With 19 Year Bans - IGN A Dota 2 update has cracked down on poor behavior, resulting in some players being banned until 2038. www.ign.com
SEARCH Moot POST