1. Pokemon Reveals a Ranked Mode for Sword and Shield!

Happy Friday Mooties! In this week's episode of Moot Points we talk about the new Pokemon Ranked Mode, the new TFT Patch, and Dota 2's The International 2019. Let's dive in!

2. Epic Games Addresses Concerns About the B.R.U.T.E.   By now we’ve all heard complaints about the B.R.U.T.E., the new mech introduced to Fortnite with Season X. Many players feel the B.R.U.T.E. is too strong and hinders competitive integrity, but Epic doesn’t feel the same way. In a blog post shared this morning, Epic Games defended the introduction of the mech by saying it provides gives some players a chance to get a few kills or even a win. Apparently, there are on average only 5 or 6 kills per game with a B.R.U.T.E., meaning it is not too strong. Thoughts? 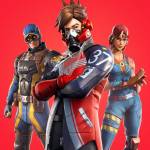 3. Tencent’s New Overwatch-esque Mobile Game   Tencent, a giant Chinese game publisher, has just released Ace Force into open beta. Ace Force is a team hero shooter, just like Overwatch, with a cartoon-ish art style. There’s only so much design space when trying to create a roster of a few dozen unique characters, so it’s no surprise to see several things that remind us Overwatch. From the trailer alone, we see some rocket barrages, some sniping, and someone who looks to be piloting a mech. Ace Force is available for both Android and iOS phones. 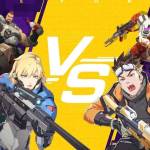 4. Bungie is Making Changes to Destiny 2’s PvP   Since splitting from Blizzard-Activision earlier this year, Bungie is taking stock of all aspects of Destiny 2. In a blog post this morning, franchise director Luke Smith outlined several changes Bungie will make to the game’s Player vs Player systems in the near future. The Quickplay and Competitive playlists will be replaced by more specific ones. Some maps will be cycled out of the map rotation and replaced by original maps like Widow’s Court and Twilight Gap. Finally, there’s a slight tease that Trials may even come back in the future, which we think Destiny fans would love. 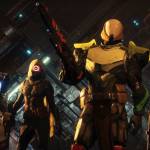