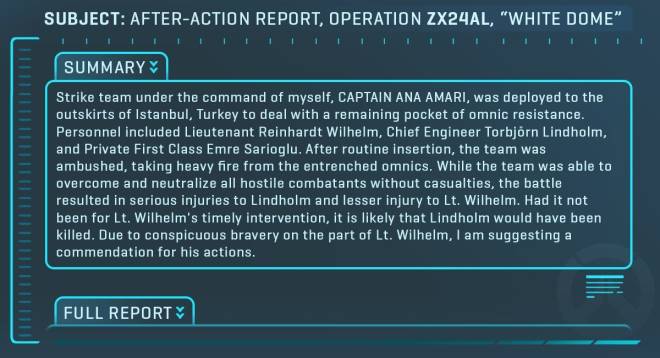 Overwatch recently released a cryptic message via Twitter that is most likely hinting at “Hero 27”. The message details a combat engagement titled “Operation White Dome” which involves the heroes Captain Ana Amari, Lieutenant Reinhardt Wilhelm, and Chief Engineer Torbjörn Lindholm. However, there is one name listed in the bunch called “Private First Class Emre Sarioglu” which is unfamiliar to Overwatch fans. Could this be the name of the next hero? Probably. This tactic is nothing new for Blizzard as they teased us in a very similar way with Hero 24, Orisa. Hopefully Emre Sarioglu is indeed the next hero!

2. Color Blind Players are Concerned with Rainbow Six: Siege New Operator   Oliver “Lion” Flament, a new operator in Rainbow Six: Siege, is drawing some concerns from colorblind players. One of Lion’s abilities involves a drone that can detect movement in hostile areas by highlighting the player in a red aura, which is practically invisible to colorblind folk. The Ubisoft dev team has been notified of the issue and is currently working on a patch, but the patch has no timeline. Ubisoft has ignored gaming issues relating to colorblind players in Rainbow Six: Siege since the dawning of the game. It would be nice to see the patch come out sooner rather than later. 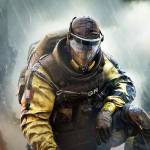 3. Nintendo Wins Big at DICE Awards   Nintendo had a huge night at the DICE Awards last night where they took home a plethora of awards including the most prestigious award, ‘Game of the Year’ for ‘The Legend of Zelda: Breath of the Wild’. Other big winners included were games such as Cuphead, PUBG, and Snipperclips, but they didn’t even come close to Nintendo. Check out the full list of winner by clicking the link below! 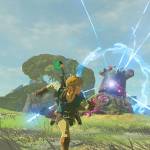 Nintendo wins big at annual DICE Awards All the winners, including Game of the Year www.polygon.com

5. MLB Home Run Derby Virtual Reality   A new home run virtual reality simulator has been made to put you in the position of a Major League Baseball player participating in the Home Run Derby. The player is put into a batting cage where they strap up a virtual reality headset and wield a weighty plastic bat in order to hit some Major League dingers. The game has been brought to events around the world in order to have users test it out and get a feel for what the final product will include. The game is set to release this spring for PlayStation VR as well as the HTC Vive. 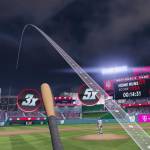