1. This Week on Moot!   There's a lot going on Moot on this week, including a new event, new contests, and even a new update! Check out the video below to learn all about what's going on here on Moot. You'll also learn about several opportunities to win big, both in the form of Moot Coins and REAL CASH PRIZES!

2. Rainbow Six Siege’s Next Operators Leak   Images revealing the next two Operators to come to Rainbow Six Siege have leaked online. These Operators should come out with the Year 4, Season 3 Operation. Both Operators are shown in a jungle setting and they both have the Indiana Jones vibe to match. You can see the leaked images for yourself in the article below. 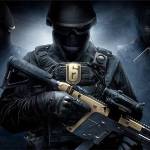 3. Solid Snake is NOT Coming to Tekken 7   EVO is a massive fighting game convention that features dozens of tournaments across several popular titles. Just before the Tekken 7 Grand Finals, EVO played a video that showed Solid Snake (of Metal Gear Solid), suggesting he would be coming to Tekken soon. Since then, Bandai Namco (the company that owns Metal Gear Solid and Snake’s likenss), the creator of Tekken, AND the voice actor for Snake have all spoken out to clarify that Snake is NOT coming to Tekken and they did not authorize any of this. Apparently, some people at EVO thought this would be a cute joke and they did not realize the dangers of using other people’s intellectual property without asking. So, sorry if these chumps got your hopes up. Nope, Turns Out Solid Snake Isn't Coming to Tekken 7 - IGN Metal Gear and Tekken fans' hopes are dashed after a teaser video turns out to be just a "little joke." www.ign.com

4. Respawn Developer Teases the Next Apex Legends Character   A producer for Respawn Entertainment, the studio that develops Apex Legends, posted some pictures of herself in a motion capture suit this weekend. Fans guessed this had to do with Crypto, the supposed next Legend to come to Apex Legends, and the producer did not shut down the speculation. It is still uncertain when Crypto would release, or whether Crypto even is the next Legend, but perhaps this is the start of us getting more information sooner rather than later. 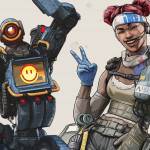 5. Special Hat Pikachu Returns to Pokemon Go this Week   To celebrate this year’s last Pokemon Go Fest, Niantic has decided to bring back several of the special hat versions of Pikachu. Until August 12th at 1 am PST you will be able to catch versions of Pikachu wearing Santa hats, detective caps, party hats, witch hats, flower crowns, summer straw hats, and Ash Ketchum’s original hat. The special Pikachu available will change depending on the day. 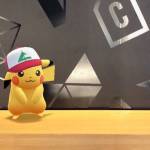 Special hat Pikachu return to Pokémon Go for a limited time If you missed any of the past hat Pikachus, now is your chance www.polygon.com