As is tradition, a new game Ubisoft was set to reveal at E3 has leaked ahead of the show. Watch Dogs Legion is the title of the next Watch Dog game. Legion takes us across the pond as the game is set in London instead of a major US city. The main gimmick in Legion is that you can play as NPC in the game if you recruit them. Apparently, the developers went pretty deep on this as all of the characters have unique voice overs, character traits, and more. Learn more about Watch Dog Legions next week at E3. 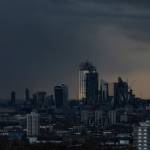 Watch Dogs Legion Leaks, Will Let You Play As Any NPC It wouldn’t be E3 without every Ubisoft game leaking, wouldn’t it? Following Roller Champions last month, the third Watch Dogs has now leaked out thanks to Amazon UK, and it’s called Watch Dogs Legion. Kotaku can confirm that this one’s real, as we’ve heard the name from several sources plugged into the company. kotaku.com

2. Rainbow Six Siege Celebrity Showdown Taking Place at E3   Ubisoft and Twitch are partnering to host a Rainbow Six Siege tournament at E3 next week. The tournament will feature celebrities and streamers battling for 100K in prize money, with half of the winnings going to charity. The event will take place after Ubisoft’s presentation at E3 on June 10th. T-Pain and Lil Yachty will both lead their own teams. 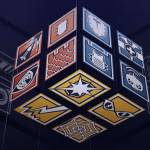 Twitch Rivals to Hold $100K Rainbow Six Siege Celebrity Showdown at E3 - The Esports Observer Mentioned in this article Companies: DreamHack, Twitch Interactive Games: Tom Clancy's Rainbow Six Siege Ubisoft and Twitch have partnered to host a Rainbow Six Siege competition at next week’s E3 videogame convention. The match will feature musicians and streamers battling it out for a $100K USD total prize pool, half of which will go to... esportsobserver.com

3. PlayStation Testing 16 Player Parties   It’s Friday night, you’re in a PlayStation voice party with 7 of your closest friends, and then your eighth closest friend logs on. What do you do? Before, your only options were either cut that friend out of your life forever or call it a night and cry yourself to sleep. Well, Sony is now testing a new solution. PS4 players who sign up for the Preview Program will be able to create voice parties for up to 16 players, double the current limit. We don’t know where these people with 15 friends are, but they should be happy. 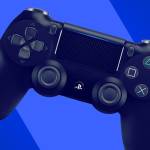 PS4 Update to Bring 16-Player Parties, Improved Audio, and Text Transcription to Chat - IGN Sony is allowing PlayStation 4 owners to sign up for its Preview Program to be able to take an advance look at some new features headed to PS4, including 16-player parties, improved audio quality for voice chat, and chat transcription. www.ign.com

4. Next Destiny 2 Expansion Leaked   Today marks the release of the Season of Opulence, a new expansion for Destiny 2. While this should be a time for Destiny 2 players to excitedly embrace the fresh content, instead many find themselves looking forward to the next expansion. Some leaked images suggest the next Destiny 2 expansion will be called ‘Shadowkeep.’ Shadowkeep looks to bring players back to Earth’s moon, where they’ll “become a slayer of nightmares.” Learn more on June 6th during a livestream from Bungie. 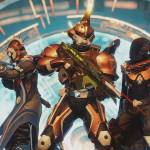 Destiny 2: Shadowkeep Is Allegedly Next Destiny Expansion - IGN The next Destiny 2 expansion has reportedly leaked ahead of Bungie's live stream reveal on Thursday. www.ign.com

5. Fortnite Cheaters Qualify for World Cup   This past weekend a pair of players who have previously been banned for cheating qualified for the Fortnite World Cup. The players, XXiF and Ronaldo, were temporarily banned on May 3rd for cheating during World Cup qualifiers. The ban was only for 14 days, and now the duo is headed to New York. While some feel they served their time and certainly wouldn’t cheat a second time, the majority of Fortnite fans feel somewhere between uncomfortable and outraged over the news. What do you all think? 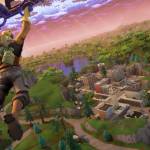 Previously Banned Fortnite Duo Qualifies For World Cup Finals Yesterday, Fortnite duo Damion “XXiF” Cook and Ronald “Ronaldo” Mach qualified for the World Cup by placing third with 91 points in the eighth week of North America East duo competition. On May 3, both players were temporarily banned from Fortnite and were dropped by their esports team, Rise Nation, for alleged cheating in previous competition. The duo’s qualifying match yesterday could be a redemption story, but some competitors, commentators, and fans don’t see it that way. kotaku.com 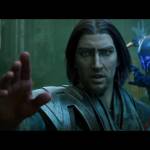 Moot Caption Contest #35 Ladies and gentleman, Mr. Mootway Twitty. Welcome to the 35th Moot Caption Contest, where we are challenging you to come up with the best caption for the below image. By now you know the drill: FIVE winners, first place gets 500 Moot Coins and four runner-ups will receive 100 Moot Coins each. This week's image is in celebration of the newly announced Magic: the Gathering show that will be coming to Netflix. HERE IS THIS WEEK'S IMAGE. PLEASE SUBMIT YOUR CAPTION IN THE COMMENTS BELOW. THE WINNER WILL BE CHOSEN BY TEAM MOOT. The contest will be open to everyone until 4pm PDT this Sunday! Submit your clever captions in the comments below (don't be shy)! Good luck! 😎 PS: CHECK THE BOTTOM OF THIS POST TO SEE WHO WON LAST WEEK. moot.us
SEARCH Moot POST